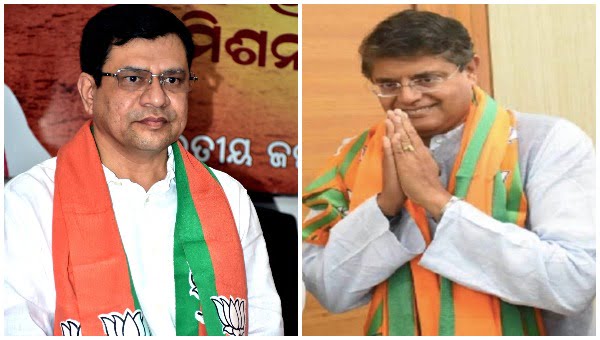 Share
Bhubaneswar: Odisha is likely to get one or more berths in the much-awaited PM Modi 2.0 ministry expansion, aimed at correcting regional imbalance with an eye on the upcoming Assembly elections. Rajya Sabha member from Odisha Ashwini Vaishnaw and party vice-president Baijayant Panda are believed to be in the reckoning.

The state is currently being represented by Oil Minister Dharmendra Pradhan, a Rajya Sabha member from Madhya Pradesh, and Balasore MP Pratap Sarangi, who is Minister of State for Animal Husbandry, Dairying and Fisheries and Micro, Small and Medium Enterprises.

The BJP has eight Lok Sabha members from Odisha and a lone Rajya Sabha member in Vaishnaw.

Interestingly, BJD president Naveen Patnaik had first announced Vaishnaw’s candidature for Rajya Sabha in 2019 but later backed him as a BJP candidate.

If sources are to be believed, the bureaucrat-turned-entrepreneur has emerged as a top contender. A 1994-batch IAS officer, he served a term in Prime Minister Atal Bihari Vajpayee’s office as Private Secretary at the turn of the millennium and has vast experience in both public and private sectors. He is said to have a good rapport with Modi since the days when the latter was Gujarat CM.

Baijayant could find a berth as a junior minister in the External Affairs Ministry, party insiders said. His stock is said to have improved in the saffron party following success in the Assam polls earlier this year. He has been serving as party vice-president in charge of Assam. Baijayant had earlier served two terms as Lok Sabha and two terms as a Rajya Sabha member when he was in the BJD. He joined the BJP prior to the 2019 elections but lost in Kendrapada

Two meetings with BJP’s top brass and two separate groups of ministers within a span of four days in mid-June fuelled speculation about a possible reshuffle in the Union Cabinet. If party insiders are to be believed Prime Minister Narendra Modi is likely to expand his cabinet for the first time in his second term by July 7 or after the Monsoon Session of Parliament. He may also announce the same during his Independence Day address to the nation.

The Union Cabinet can have 81 members. Currently, there are 53 ministers in PM Modi’s cabinet and he is likely to take in about 20 more to improve administrative governance and political footprint, the sources added.

COVID Lockdown Will Bring Down Road Mishap Deaths In Odisha!