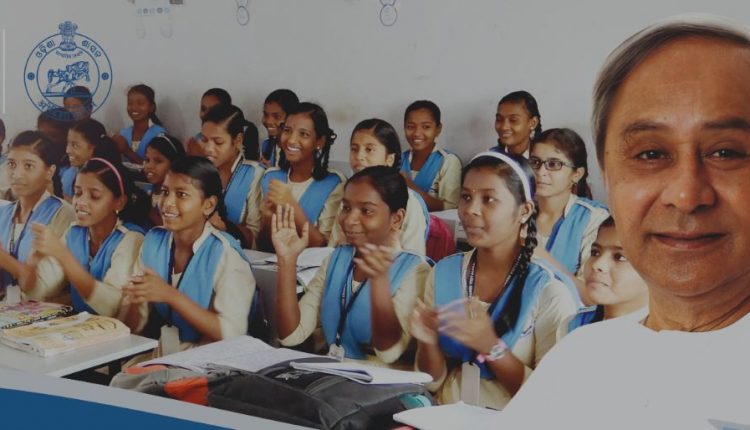 Bhubaneswar: Chief Minister Naveen Patnaik on Tuesday felicitated the students of the iconic Adarsha Vidyalayas in Odisha who have excelled in Class X, Class XII and JEE-Main examinations.

The Chief Minister also enquired about the experiences of the meritorious students in the model schools and wished them a bright future at a special function held in the Convention Centre of the Loka Seva Bhaven in Bhubaneswar.

Notably, every block of the state and the capital city of Bhubaneswar has an Adarsha Vidyalaya to impart quality education to the students. While imparting education on the CBSE pattern, these schools also provide hostel facilities to the students in an effort to enhance the educational standards in the state.

Those felicitated at the function for having successfully cleared the JEE-Main examination were Adarsh Sahu of Jharigao Adarsha Vidyalaya in Mayurbhanj district, Aryan Biswal of Kotpad model school in Koraput district, Utkal Patnaik of Pitapalli in Ganjam, Divendu Sahanai of Masanimunda model school in Kalahandi, Hemant Behera of Salapada in Keonjhar district, Subham Prasad Goud of Sorada in Ganjam, Suman Kumari Maharana of Sasanama in Ganjam district, Sarita Mardi of Jharigaon in Mayurbhanj, Manas Mahodadhi Purti of Rasibhola in Mayurbhanj and Swastik Aditya Ranjan of Machara Adarsha Vidyalaya in Koraput district.

The students, who were felicitated for excellent performance in Class X examination, are Sudhanya Pati of Musiguda Adarsha Vidyalaya in Kalahandi district and Daibasweta Acharya of Garudabasa model school in Mayurbhanj, an official release said.

Secretary to the Chief Minister (5T) V K Pandian interacted with the students and sought their views on steps required to further improve the teaching process.