Besides accepting their resignation, the new NDTV board appointed Sudipta Bhattacharya, Sanjay Pugalia and Senthil Sinniah Chengalvarayan as directors on RRPRH board with immediate effect, late on Tuesday. 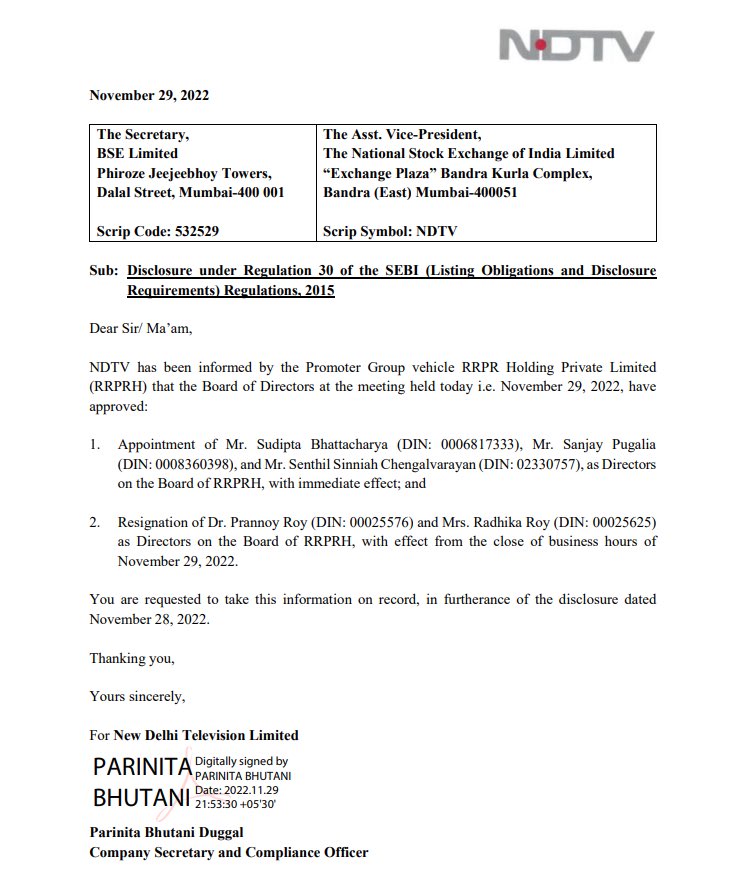 On Monday, RRPR informed about transfer of shares, constituting 99.5 per cent of its equity capital, to Adani group-owned Vishvapradhan Commercial (VCPL), thus completing the official takeover of NDTV by the Adani group.

With this, the Adani group controls over a 29.18 per cent stake in NDTV.

The diversified conglomerate is also conducting an open offer for 26 per cent stake in the media firm. The open offer, which began on November 22, has seen shareholders tender 5.3 million shares, or 31.78 per cent of the issue size of 16.7 million shares, so far, the exchange data showed.

The open offer will close on December 5.