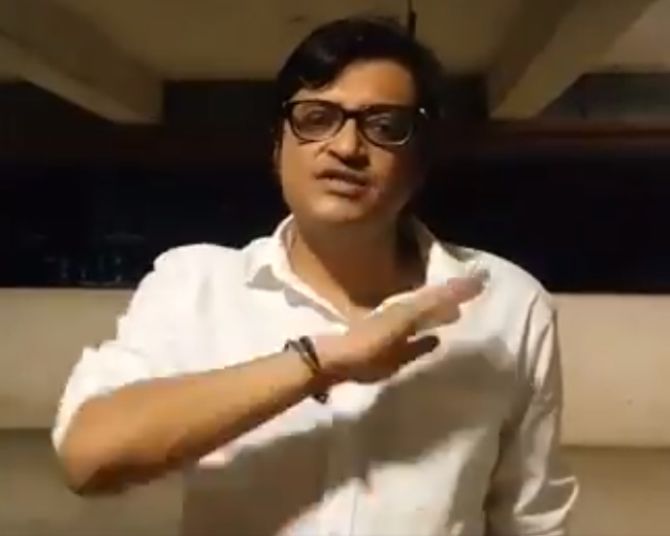 The massive pdf transcript is regarding a case filed with the Kandivali Police, with signatures on each page. The multiple chats are from July to mid-October, 2019.

According to Free Press Journal, they contain chats involving Arnab Goswami, Vikas Aidem, the RRP Group, Romil Ramgaria and others. The topics range from comments on Omar Abdullah and Mehbooba Mufti to remarks about how the channel had broken various news stories far ahead of its competitors.

Among the messages is one in which Dasgupta dubs Union Minister Prakash Javadekar “useless”, while Goswami purportedly says that “all ministers are with us” while discussing the channel’s chance of succeeding.

Many are calling it “damning evidence” in the Television Rating Point (TRP) scam which Mumbai Police has been investigating since October 2020.

There have been several twists and turns in the case. Names of other media organisations cropped up as Republic TV claimed that it was being maligned.

A number of senior functionaries of Republic TV have have been arrested. Dasgupta was recently denied bail.

In a related development, Partho Dasgupta has been admitted to a Mumbai hospital and is on oxygen support in ICU ward. Police said Dasgupta had not taken his diabetes medicine and is stable.

Naturalist Sir David Attenborough’s Plea: Go Vegetarian To Save Wildlife And The Planet