NGT Reminds Chhattisgarh To Stop Construction Of 31 Projects On Mahanadi 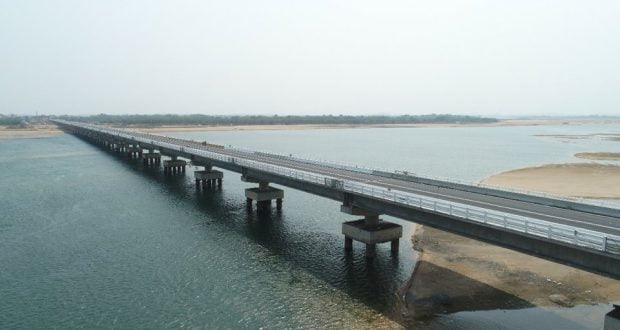 Share
Reading Time: < 1 minute
Bhubaneswar: The National Green Tribunal (NGT) on Monday served a second notice on the Chhattisgarh government, asking it stop the illegal construction of 31 projects on the upper catchments of the Mahanadi with immediate effect.
While reminding the Chhattisgarh government of its earlier notice on stopping construction of these projects, the Tribunal asked it to furnish a reply within two weeks as to why its earlier order was not carried out.
The directive of the NGT came in response to a petition filed by Mahanadi Banchao Andolan.
It may be mentioned that the Kolkata bench of the NGT, in an order in July last year, had asked the Chhattisgarh government to stop the construction of these illegal projects on Mahanadi much to the relief of the Odisha government. Besides, it had also extended the stay on its order.
However, the Raman Singh-led BJP government went ahead with its illegal construction work of these projects in gross violation of the NGT order.