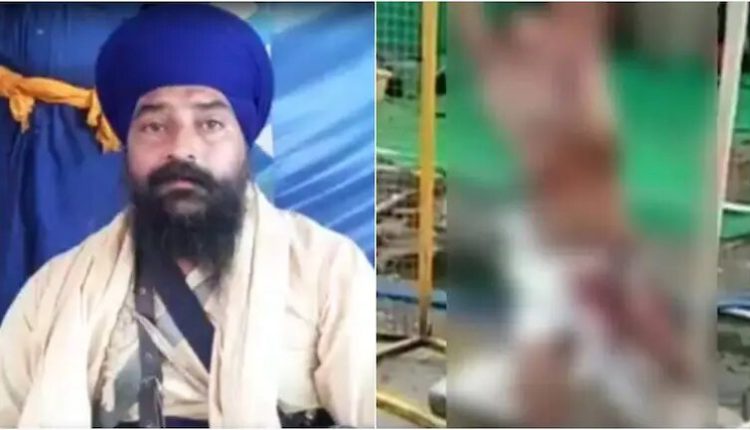 New Delhi: Nihang group, Nirvair Khalsa-Udna Dal, has claimed that it killed a Dalit man at Singhu border on Friday for allegedly committing sacrilege. The mutilated body of Lakhbir Singh, a resident of the Cheema Khurd village in Tarn Taran in Punjab, was found near a farmers’ protest site at Kundli in Haryana’s Sonipat district on Friday. One of his hands and legs were chopped off, and he was tied to a metal barricade when the locals first spotted him.

Speaking to India Today, Balwinder Singh, Panth – Akali, Nirvair Khalsa-Udna Dal, said the man had come to them a few days ago.

“He did seva (service) at our camp, won our trust,” Balwinder Singh said.

Before the Prakash Prayer (offered around 3 am), he removed the cloth to cover the holy scripture. And insulted the Pothi Sahib (translation book),” Balwinder Singh added.

Balwinder Singh said the man ran away when the Nihangs chased him. He was caught near a private hospital where people attacked him. The holy book was recovered from him by the Nihangs.

“Whoever indulges in an act of sacrilege, we will treat them in this manner only. We won’t approach any police, administration,” Balwinder Singh said.

Who are Nihang Sikhs?

Nihang is an order of Sikh warriors that traces its origin to the creation of the Khalsa by Guru Gobind Singh in 1699. They are distinguished by their blue robes, decorated turbans and are often seen carrying weapons like swords and spears.

Nihangs had a major role in defending the Sikh Panth after the fall of the first Sikh rule (1710-15) when Mughal governors were killing Sikhs and during the onslaught of Afghan invader Ahmed Shah Durrani (1748-65).

The Nihangs are said to have their own ‘deras’ and a specific way of life, NDTV reported.