Nine Movies That Will Melt Your Heart This Father’s Day! 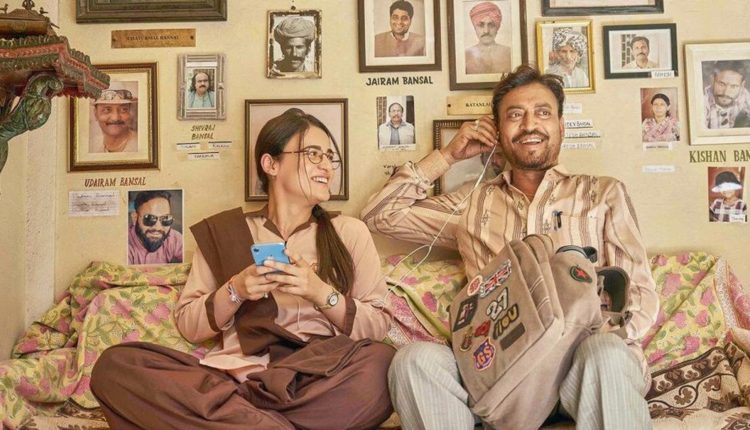 It’s Father’s Day tomorrow. Of course, there can’t be any outings due to the pandemic this year. You can’t go out and eat with your dad at your favourite restaurant, you can’t go for a movie or a mall. So, the next best option is to snuggle up in your sofa and watch a movie with your papa, dad, dada, daddy, baba, by whichever name you call him sitting at home and have a merry time. Here are nine movies that will make you want to hug your daddy.

The Pursuit Of Happiness
If there was any movie, which has depicted the emotions of a father closely, it is The Pursuit of Happiness. The father-son duo of Will and Jaden Smith makes it even better. The story is about a dad who tries to be there for his son despite all the physical, emotional, and financial hardships. If this movie doesn’t make you appreciate your dad, I don’t know what will.

Amrit
This 1986 movie starring Rajesh Khanna and Smita Patil is a bittersweet experience about two parents (a widow and a widower), whom fate brings together after they are ill-treated by their respective children. In the movie, both the stars lose their better halves and then try their best to make life normal for their children. Alas! All their efforts go in vain when their children forget all those struggles and start misbehaving with them.

Kramer vs Kramer
Dustin Hoffman (Dad) starts off as a reluctant father. However, as the movie proceeds, the fatherhood hormones kick in and he proves to be a pretty good father who fights a legal battle for his child’s custody amid the tension between him and his wife. Doing simple things like making breakfast together and taking care of each other, makes the movie emotional and one of its kind for a father-son time out.

The Lion King:
We have all grown up listening and watching the story of Simba the Lion King. If it wasn’t for his dad, Simba wouldn’t have been alive. A Disney movie that shifts the perspective from a mother’s care to father’s protection, The Lion King is a treat to watch this Father’s Day. Don’t miss it.

Kung Fu Panda
If you aren’t here for the serious stuff, Kung Fu Panda is just the movie you should watch. It is light-hearted, funny, full of memories, food and sleep. Po the Panda, a kung fu enthusiast gets selected as a dragon warrior. He fights evil and symbolises strength. But, even in all the drama, the father-son relationship becomes an important essence of the movie. To find out more, watch the movie.

Masoom
The famous song, Tujhse naraaz nahi zindagi hairan hun main belongs to the movie Masoom. Young India needs to watch this epic movie where Devendra Kumar’s (played by Naseeruddin Shah) life takes a u-turn when he finds out about his illegitimate son (Jugal Hansraj). Things unfold from there on and the relationship goes through a wave of emotions. This was also a time when Indian Cinema shifted its perspective about storytelling.

Do Dooni Chaar
Even though the movie wasn’t a great hit on the box office, Rishi Kapoor playing the role of a middle-class father fits too well. He is paranoid, sweet, typical, and loved, but, he tries his best to provide for his family with a meagre school teacher salary, just like every other Indian father. Do Dooni Chaar is an enjoyable ride with your father next to you. Plus, the movie also captures relatable every day happening of a middle-class Indian family, of course, you will love it.

Angrezi Medium
If you still haven’t watched Angrezi Medium, go watch it. Irrfan Khan and Radhika Madan’s father-daughter combo will take you on a hilarious journey of mishaps yet keep the feeling intact. Radhika wants to study in London and Irrfan though initially hates the idea, makes for a daunting father to make sure his daughter is safe in a strange land. If I tell you everything, where is the fun left? Watch Angrezi Medium, keep your popcorns handy and enjoy the hilarious yet sweet ride.

Father’s Day 2020: Here Are A Few Screen Dads Who We Can Relate To