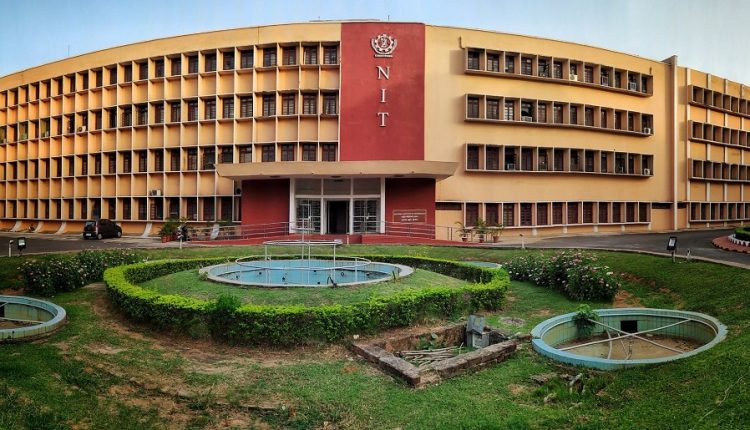 Rourkela: A startup company of PhD students of NIT in the city has come up with prototypes that can help in the pre-analysis of crime and accidents.

The team comprising 8 NIT students pursuing PhD have formed the company, E-Warn System Pvt Ltd following their research on preparing the devices. The projects were funded by the Union Ministry of Human Resources Development in 2017 while the company has been registered in 2020.

Speaking to Odisha Bytes, one of the promoters of E-Warn System, Harshit Srivastav said the devices have been developed to cut down the post-analysis time of the incidents so that the victims can get the requisite assistance and the culprits are nabbed in a short time.

Harshit said the devices are basically meant for institutional users though they were making further research to make those individual-centric. Those can be helpful in cases of road accidents, crime, traffic congestion and pollution control.

Citing an example, he said in cases of an accident, several apps are now available in the market. But the problem with these apps is that the victim has to use the app after the accident to alert police or his family members.

“Our device will be fitted into a vehicle which will keep real-time track of the speed, road condition, traffic, incoming vehicles, the brightness of light etc. As a result, if the vehicle meets an accident, the device will immediately alert the user’s family, ambulance and police. It will help the victim get the help in a short time and prevent casualty.”

Stating that the devices have been developed with inbuilt artificial intelligence, Harshit said those have been to deal with 22 types of crime incidents also.

He further said the team has already got the patents for 5 prototypes like crime detection, accident detection, pollution monitoring and automatic emergency. Their prototypes are ready and they are working on their commercial launch shortly, he added.

Besides, the team is working on bringing down the present cost of the devices of Rs 25-Rs 40 lakh to Rs 10-15 lakh so that those can be affordable on a commercial basis.