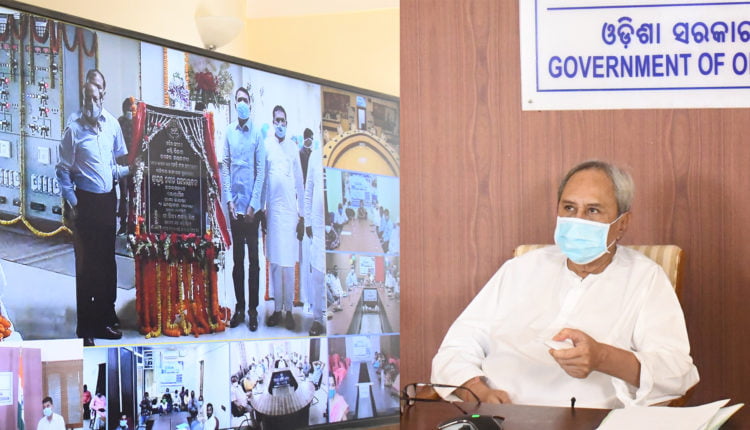 Bhubaneswar: The Centre has appreciated steps taken by the Naveen Patnaik-headed Odisha government to provide care and treatment for COVID patients, as well as its measures for welfare of migrant workers and other vulnerable groups.

“Odisha Government entered into a Memorandum of Understanding with two private hospitals for establishing dedicated COVID hospitals,” NITI Aayog mentioned in a compendium of the best COVID-19 practices.

“The facilities were set up using Corporate Social Responsibility funds of the Odisha Mining Corporation, in collaboration with private hospitals. A collaborative approach with the private sector enabled Odisha to become one of the first States in the country to have a Dedicated COVID Hospital in each of its Districts before end-April, 2020.”

Odisha announced that payment of four months’ salary for doctors, nurses and paramedical staff will be made in advance. The Chief Minister personally appealed to citizens to deal respectfully with health professionals and warned that any instances of misbehaviour would attract a penalty.

Further, a sum of Rs 50 lakh, was announced as compensation for any health worker who unfortunately loses his or her life in the line of duty.

Media personnel covering COVID were also provided with a similar risk cover of Rs 15 lakh in case of loss of life.

As for the state’s efforts and aids for migrant workers and other vulnerable groups, the NITI Aayog report says: “Odisha was the first State in India to announce that it will take care of migrant workers from other States and provide services free of cost during COVID-19. Odisha estimated that around 5 Lakh migrant workers stranded in various parts of the country will return to the State after the lockdown. To address this challenge, the State Government assigned senior IAS officers to all Districts as observers for facilitating the care and management of labourers upon their return to the State.”

From the early stages of the COVID-19 pandemic, the State activated its Panchayati Raj institutions and engaged with sarpanchs in the planning process. Around 6,700 sarpanchs took oath to take care of migrant labourers on their return to the state.

Community-based monitoring was carried out by Gram Panchayats and Urban Local Bodies. Powers of the District Collectors were delegated to the Sarpanch in Gram Panchayats within their jurisdiction. Returnees to the State as well as their friends and relatives were required to register with the Gram Panchayat.

Quarantine facilities were provided free of cost for a period of 14 days. On completion of quarantine period, returnees were offered an incentive of Rs 2000.

A toll-free number (104) and a web portal were launched for the registration of travellers, within 24 hours of their return. Individuals were then contacted by government officials for detailed enquiry and medical examination, if necessary.

A cash incentive of Rs 15,000, along with medical care, was announced for individuals in home quarantine.

To address needs of the most vulnerable sections of society vis-à-vis food security and social welfare, a package of Rs 2,200 crore was announced by the State government which covered distribution of rice for a three-month period and payment of pension under various social security schemes, in advance, as well as financial assistance for construction workers.

Provision of agricultural loans was made for marginal and small farmers, with the loan amount being transferred directly to their bank accounts.

Controversial Win For India In First T20I Vs Australia, Thanks To Concussion Sub Chahal