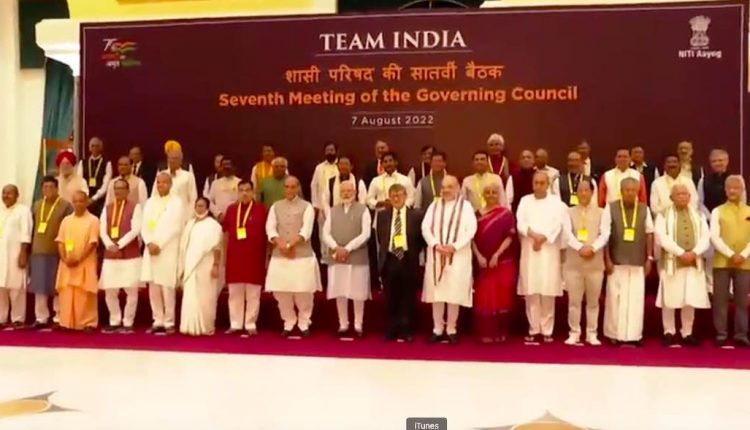 “Historically, we have been neglected in the subjects in the central list -telecom, railways and banking. We have the lowest density in all these crucial infrastructures and I would urge the central Government to give special focus to Odisha,” he said at the seventh governing council meeting of NITI Aayog chaired by Prime Minister Narendra Modi.

On Prime Minister Fazal Bhima Yojana, he said that there are some implementation issues in the field because of which genuine farmers are deprived in some cases and sought ways to protect their interests.

The CM also raised the issue of several tribal and KBK districts having been bypassed from new allocation under the rural housing scheme PMAY. “The state government has complied to all queries raised and I would request the Centre to resolve the issue and allocate houses,” he said.

Naveen also pushed for amending the Ancient Monuments and Archaeological Sites and Remains (AMSAR) Act while emphasizing the importance of conservation and preservation systems which have undergone huge changes globally. “I would suggest that ASI should be transformed and AMSAR act amended to make our systems on par with global benchmarks. This will greatly help in protecting heritage sites including our own Konark.”

Notably, the Odisha government has been facing flak for its beautification projects at Jagannath Temple in Puri and Ekamra Khestra in Bhubaneswar with the Opposition accusing it of violating the AMSAR Act by undertaking excavations and construction around the prohibited zone.