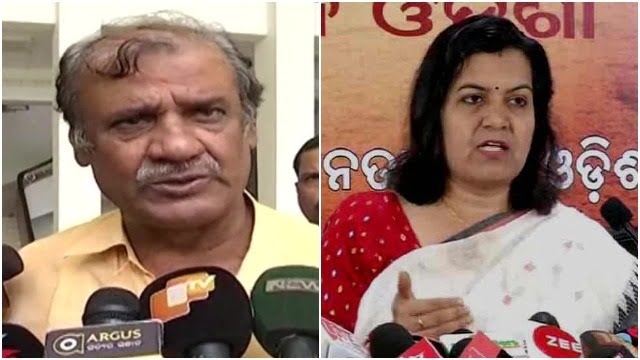 Bhubaneswar: Lok Sabha MP from Bhubaneswar Aparajita Sarangi on Wednesday reiterated that she will respond to all queries related to National Monuments Authority’s draft heritage bylaws notification for temples in Ekamra Khetra here.

This statement of the Bhubaneswar MP was in response to Science & Technology Minister Ashok Panda’s four queries:

1. Why Aparajita did not raise the bylaws issue in Parliament?

2. Why was she not present when the BJD and BJP MPs met the Union Culture Minister on this matter?

3. On the directive of the Chief Minister, the BJD MPs met the Union Parliament Affairs Minister who had called the Bhubaneswar MP for a meeting on this issue. Later, BJD MP Anubhav Mohanty had also met her in this regard. But she excused herself, saying that she would speak to her party and not the state government on this issue. If this is true then this is most unfortunate.

On February 10, Panda had also questioned her silence on the issue, which had lead to an uproar in the state.

The BJD had earlier called the NMA bylaws a farce and an attempt by the Centre to scuttle the efforts of the state government to develop heritage sites.

Trading In All Segments Hit In NSE For Technical Glitch