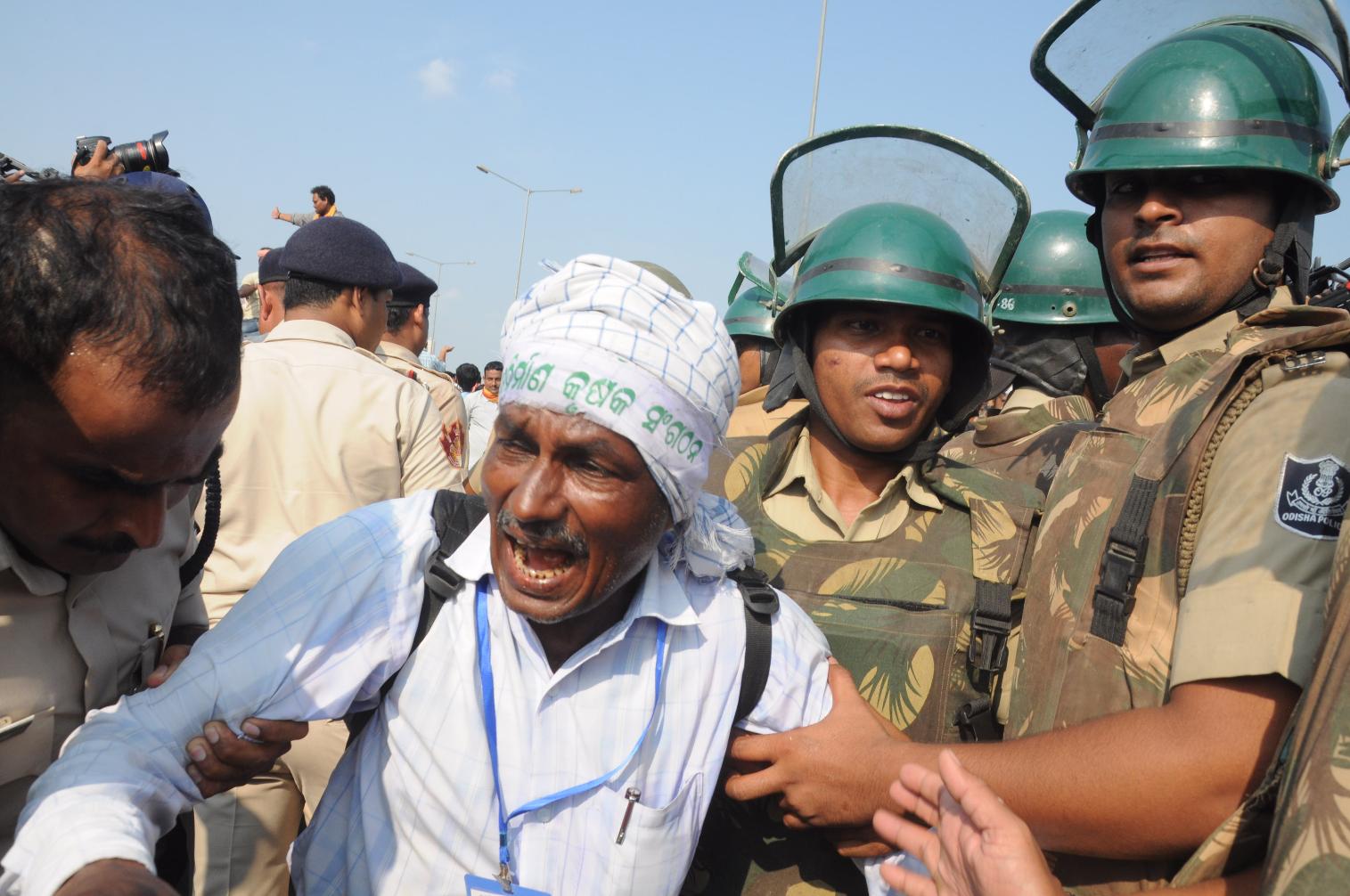 Bhubaneswar: Protesting the action of the police in not allowing the activists of the Naba Nirman Krushak Sangathan (NNKS) to attend the mass convention in Bhubaneswar on Monday, the Sangathan has decided to intensify its civil disobedience in all blocks and district headquarters in Odisha.

“The state government refused the farmers to enter the state capital. Accordingly, the farmers have decided not to allow any political leader to the village. We had demanded the state government to provide Rs 21,600 crore stipend to 36 lakh farmers and announce an ordinance to this effect. We had a meeting last night in which it has been unanimously decided that the farmers will continue civil disobedience in all villages, tehsils, blocks and the district headquarters till the state government issues the ordinance. We will force the government to realise the aftermath of the repressive action it had taken against the farmers, NNKS national convener Akshaya Kumar told mediapersons here on Tuesday.

Police had arrested hundreds of NNKS activists including senior Congress leader Pradip Majhi near Khan while they were on the way to Bhubaneswar in a pada yatra from Balugan.

Police had also detained another rally coming from Cuttack near Hansapal.

To block the entry of the farmers, 12 platoons of the armed police force were deployed at Hansapal. Police had closed one side of the National Highway and asked the agitators not to proceed further. The irate farmers later staged the demonstration by lying on the road.

Taking note of the agitation by the NNKS, the state government on Monday formed a ministerial committee to look into the demands of the farmers.

The committee having the Finance Minister Sashi Bhusan Behera as the chairperson with the ministers of Agriculture, Panchayati Raj and Cooperation as other members will discuss the demands of the farmers.

“The committee will frame a term of reference (ToR) on the basis of which the demands of the farmers would be discussed,” Behera had said.