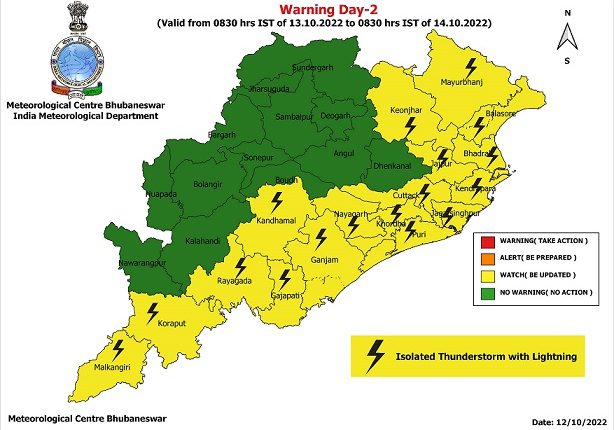 Bhubaneswar: The India Meteorological Department (IMD), which earlier on Wednesday termed reports on Cyclone Sitrang as rumours and clarified that there is no forecast for a cyclone in the next seven days and threat for Odisha, has forecast thunderstorm with lightning in several districts of the state for the next three days.

“A cyclonic circulation formed over the north Andaman Sea yesterday. The system will move west-northwestwards and will weaken gradually. There is a likelihood of formation of another similar system around October 17-18,” IMD DG Mrutyunjay Mohapatra told a local channel.

He said the fresh system is likely to move west-northwestward towards the southern part of Tamil Nadu and Andhra Pradesh. “As per our analysis, there are no chances of intensification of the system into a cyclone,” he said.

Forecast for next five days: 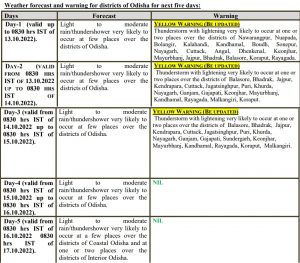