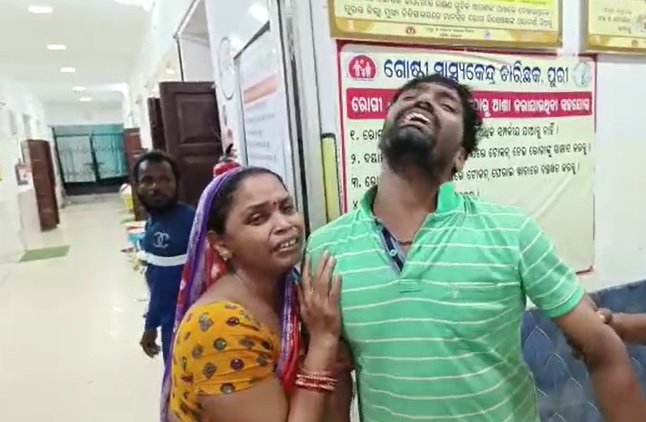 According to sources, Madhusmita Das, wife of Manas Das of Bhainchigoradi village in Nimapada, gave birth to a baby boy on Monday morning at 5.15 am.

The newborn was admitted to the hospital on Tuesday as he suddenly fell ill and was declared dead by doctors by the same evening. “The hospital authorities took money from us and paid the doctor who was attending to my son. I even asked the doctor if my son was suffering from any illness, but he denied it. I hope such an incident does not happen to anybody else here,” Manas told media persons.

“When the doctor, Ashok Kumar Mishra, conducted the newborn’s health check-up, milk had already entered his lungs by accident which caused his death. The baby was not given any injections,” Chief Medical Officer Prasant Kumar Samantaray told media persons.

On the other hand, locals alleged that due to doctors’ negligence three children in the Charichhak CHC died in the last one week.

“There is no proper paediatrician in Charichhak CHC. After the boy’s death, the doctor concerned fled the spot. Some doctors and attendants working here lack proper qualification,” a social worker alleged.

He further alleged that a few days ago, a child died while being treated by a dentist at the hospital.

Locals staged a protest at the hospital and demanded strict action against the doctor.

It is pertinent to mention here that two newborns died at a government hospital at Chandbali in Bhadrak in September allegedly due to medical negligence.