No DJs During Durga Puja, Ravana Podi At 5 Places In Bhubaneswar 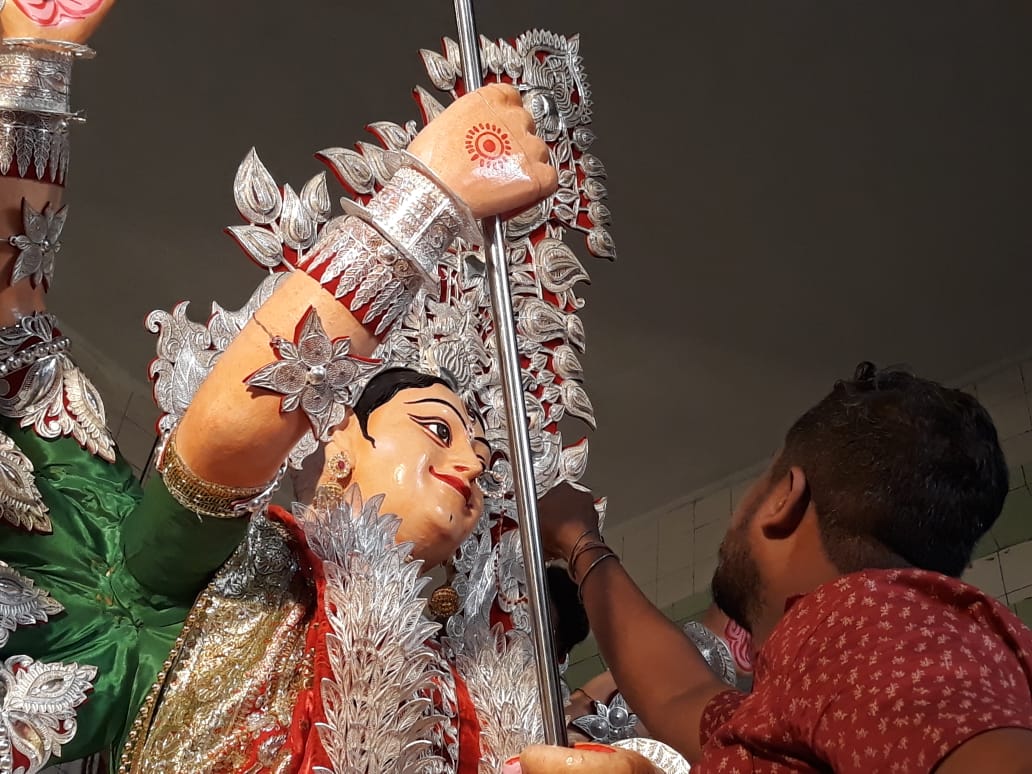 Bhubaneswar: There will be a complete ban on DJs during Durga Puja festivities in Odisha capital.

After a review meeting on safety and security measures and other preparations for the Puja with senior cops and puja committees, Twin City Police Commissioner Sudhanshu Sarangi on Tuesday emphasized on complete ban on DJs during the festival this year.

As a part of security arrangement, CCTV cameras will be installed at prominent puja pandals. This apart, three members of each puja committee will be imparted training on security measures. The committees have also been asked to install fire extinguishers at the pandals.

The Police Commissioner informed that ‘Ravana Podi’ will be held at five places in the city.

This year, Durga Puja will begin from October 5. While Mahashtami falls on October 6 and Dussehra will be celebrated on October 8. It will conclude with the immersion of the idols on October 9.

Know The ‘Time Slots’ For Durga Idol Immersion In Cuttack;…