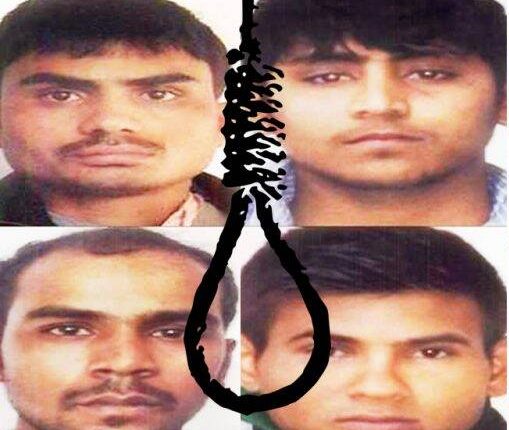 New Delhi: The Union Home Ministry on Friday rejected the mercy plea of Vinay Sharma, one of the convicts in the 2012 Delhi gang rape case.

The home ministry has forwarded the Delhi government’s recommendation rejecting the mercy plea to President Ram Nath Kovind for his final decision.

Earlier this week, Delhi Lieutenant Governor Anil Baijal had sent the file rejecting the mercy plea to the home ministry

The rejection of Vinay Sharma’s mercy plea comes on a day when a large section of the public has welcomed the killing of four alleged rapists in Hyderabad in what the police say was an encounter.

He was speaking at an event in Sirohi, Rajasthan.

In December 2012, a 23-year-old paramedic student now known as Nirbhaya was brutally gang raped in a moving bus in Delhi, a crime that had sparked nationwide fury. Nirbhaya later died of her injuries.

Among those who lauded Hyderabad police for the encounter were Nirbhaya’s parents, Badrinath Singh and Asha Devi.