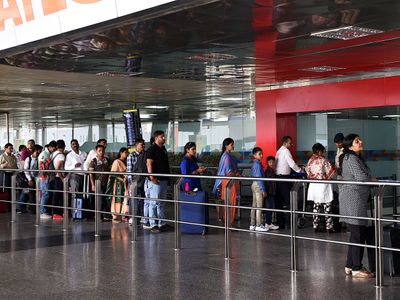 New Delhi: Union Health Minister Dr Mansukh Mandaviya told the Rajya Sabha during Question Hour on Tuesday that no cases of the new COVID-19 variant, Omicron, had been reported in India so far.

Mumbai Mayor Kishori Pednekar also said that there was no case of Omicron in the city. The Mayor reassured people after a 32-year-old Mumbai resident, who arrived from South Africa on November 24, tested COVID-19 positive on arrival.

Meanwhile, Japan has confirmed its first Omicron case, according to a report by AP on Tuesday.

“Regarding the traveller arriving from Namibia, it was confirmed to be a case of Omicron after analysis at the National Institute of Infectious Diseases,” government spokesman Hirokazu Matsuno told reporters.

“This is the first Omicron case confirmed in Japan,” he said, adding that the infected traveller, a man in his 30s, is now in isolation at a medical facility.

While the World Health Organisation (WHO) has said that RT-PCR tests can detect the new variant, experts cautioned that RT-PCR only confirms whether a person is infected or not. It cannot tell the variant infecting the person, for which genome sequencing is required.

India has already tightened guidelines for travellers coming from or transiting through ‘at-risk’ countries.

The Centre has also given directions to states to enhance testing and surveillance measures and improve health facilities.

Cyclone Jawad To Pass ‘Very Close’ To Odisha Coast On Dec 4, Know What IMD DG Mrutyunjay Mohapatra Has To Say