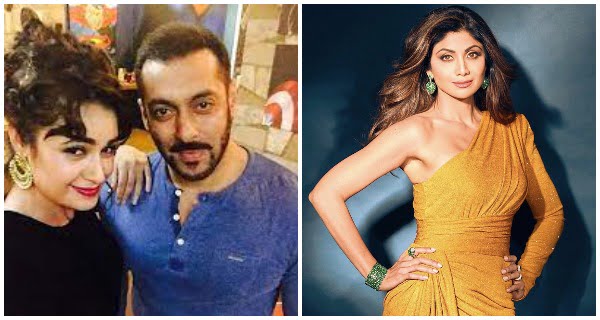 Bhubaneswar: Former Team India all-rounder Yuvraj Singh was released on interim bail after being arrested in Haryana on Sunday for making a caste-based remark on fellow cricketer Yuzvendra Chahal during an Instagram live session with Rohit Sharma on June 3, 2020.

Yuvraj is not alone, a couple of Bollywood celebrities and TV actors have also landed in trouble for similar casteist remarks.

In 2018, Salman Khan and Shilpa Shetty got a breather after the Ludhiana court rejected the petition filed against them for allegedly making casteist remarks.

The Bollywood superstar had reportedly used the word ‘bhangi’ while referring to his dancing skills during the promotion of ‘Tiger Zinda Hai’. Shilpa, on the other hand, had used the word casually to describe her choice of clothing at home while interacting with media.

The very next day, Shilpa posted her apology in the form of a couple of tweets.

Munmun Dutta, who plays  Babita in ‘Taarak Mehta Ka Ooltah Chashmah’, too landed in a soup in May this year for using the ‘derogatory’ term. In a video which the actor shared on social media explaining her makeup routine before she goes live on a platform, she said that she makes sure she does not end up ‘looking like a bhangi‘.

Munmun later apologised, saying that she was ‘misinformed about the meaning of the word’ and blamed it on the ‘language barrier’.

Bigg Boss 9 fame and actor Yuvika Chaudhary too was booked by Haryana police in relation to a casteist slur in May. In a video that went viral, Yuvika was seen talking to her husband Prince Narula about her appearance. “Why do I always dress like a bhangi when I am shooting vlogs?”

This word was reportedly coined by upper castes in the 19th century to denote members of a Dalit caste employed in sanitation and manual scavenging.

Will Kapil Sharma Keep His Promise Of Visiting Bhubaneswar Soon?

From ‘Bahubali-2’ To ‘Puspa’, This Odisha Actor Is Creating…