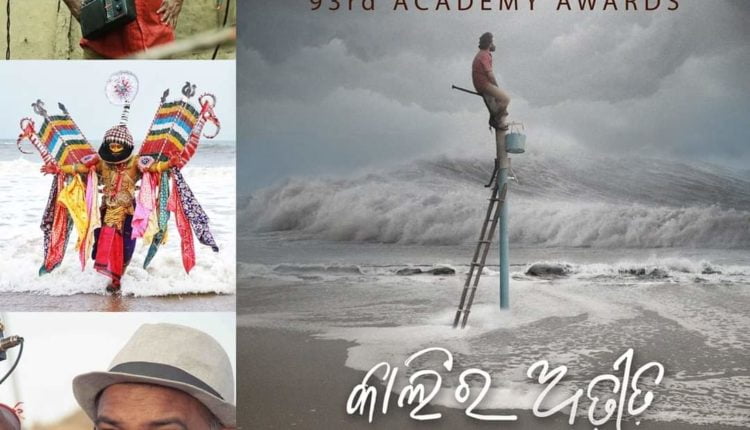 Bhubaneswar: Odia film ‘Kalira Atita’ will have its world premiere at the 28th Prague International Film Festival, FEBIOFEST, scheduled from April 29 to May 7.

Scripted, directed and produced by Nila Madhab Panda, the film revolves around the life of a man from Odisha’s Satavaya village in Kendrapada district, which has been swallowed by the rising sea level. Pitobash Tripathy plays the protagonist in this film, through whom the filmmaker has expressed his own trauma of witnessing the ferocious sea gobble up village after village.

The filmmaker recently kicked off a storm by tweeting that ‘Kalira Atita’ is in the race for Oscars, though it is not an official entry from India. Media reports soon called out Panda for making a false and misleading claim.

The fact is that he had submitted the film, for which he began shooting in 2005, for the Oscars.

Panda has now issued a clarification on the same:

‘Kalira Atita’ is my first Odia feature film. I have made an entry to this year’s Oscar General Entry Category by following all the Academy’s rules and guidelines. The film has been duly approved by the Committee and is now available in the Academy Screening Room (ASR) for the Jury Screening. Similarly, there are around 220 films from across the globe in the ‘Oscar Race’ in the General Entry Category, today. I think 5,549 members of the Jury from across the globe will be viewing the film on ASR and voting for it between 5th and 10th Mar 2021, with the final nominations getting announced towards mid-March. This is a time when filmmakers promote their films. If the theatres would have opened I would have stayed in Los angles and screened the film for juries. Unfortunately, it’s closed so we are promoting in social media, print and electronic media to get the Jury’s attention. This is standard practice by every filmmaker who enters into the general category.

Due to lack of adequate resources, we have a limited promotion plan. Ideally, the promotions should have started in November last year.

The film has also been invited for screening at the 28th Prague International Film Festival, one of the prestigious international film festival, where the movie’s World Premiere will be taking place.

We had great films in the past, like Maya Miriga, Indradhanura Chhai that had made it to Cannes and Berlin. However, we missed out on making good cinema which could make to the top-notch film festivals in the recent past. After making 7 Hindi feature films, this is my first venture with Odia film.

You might find my film to be good, bad or ugly, and I welcome criticism for my work. But there’s absolutely no reason or sensibility to call it a fake. It hurts as an artist. If anyone wants more information I am here to clarify. I would humbly expect our people to come forward, support the cause of climate change and join the campaign for good cinema. I am grateful to our people all over the world for supporting the film and appreciating the trailer. I take immense pride in making ‘Kalira Atita’ I hope it travels more festivals and brings glory to my state.

The film was earlier premiered at IFFI panorama 2020.

Director Snehashis Das Looks To Convey A Message As Odia…