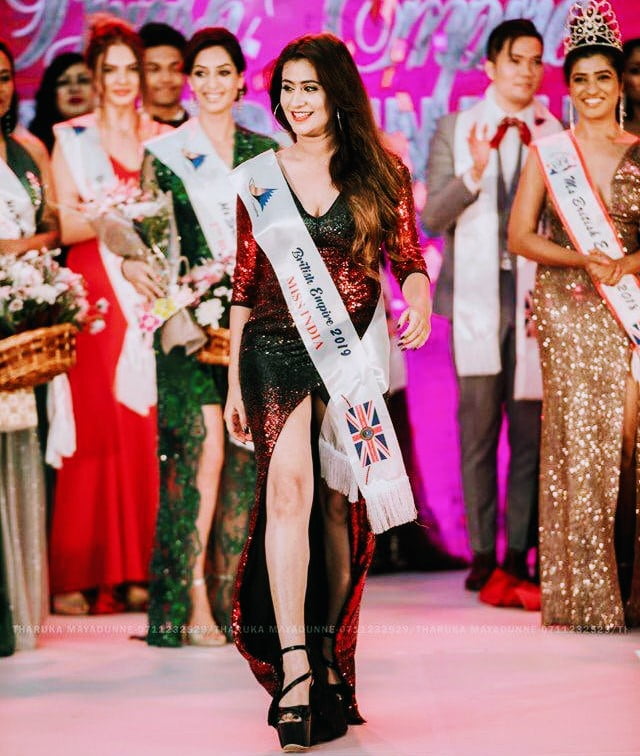 Miss British Empire is an international pageant for contestants with origin from countries, states or territories previously ruled or administered by the United Kingdom.

Sharing her experience about her journey, Shefali said that she had an amazing time. “The competition was very tough, especially the accent of the other contestants and the judges. Some of them were very tall and I was apprehensive about how to match them in height but then I was well prepared in every way and did not think myself inferior on any account,” said Shefali.

“I am proud of the fact that I have won the crown and the title not just for Odisha but India too because I was representing India at the pageant,” she said, after reaching Bhubaneswar on Friday. “I missed our food a lot though. I didn’t quite take to Sri Lankan food,” added Shefali.

Shefali gave the credit of her achievement to her parents who, she said were very broadminded and very supportive. She thanked them for giving her the scope to do what she wanted to. Of course she worked hard too. She thinks her USP is her self-confidence and also her go-getter attitude.

Asked about her future plans, Shefali said she has decided on setting up a grooming centre in Odisha and make Odisha a fashion hub. Shefali thanked the media for the immense support that they had given her in her journey as a contestant. She said she wants that at least 10 girls to represent Odisha and India in various competitions held every year.