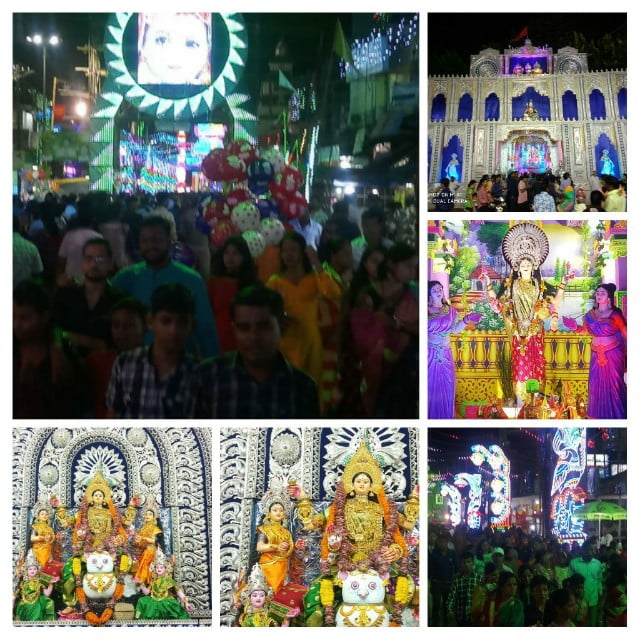 Dhenkanal: The scheduled immersion of Laxmi idols on Thursday was delayed due to heavy showers here. As many as 38 puja committees were to start the grand ceremony at 9 am and proceed towards Kathasanka, Kunjaknt and Godipokhari ponds in the town for immersion.

However, the ceremony was postponed following a meeting of Laxmi Puja organisers at Surya Mandap here. While some were in favour of sticking to the original timing, most were against taking out the procession due to heavy rain.

The 11-day-long Laxmi Puja festival, which started from Kumara Purnima, came to a grand end on Thursday.

The tradition of Laxmi Puja in Dhenkanal dates back to 1922, when it was first celebrated by Sachidanand Singh. “After his death in 1943, the festival stopped for a few years. It was revived in 1948 and it has been continuing since then,” informed former state minister Nabin Narayan Das.

In keeping with the tradition, the town is illuminated with lights during the days of the festival with theme-based pandals being special attractions. Among these, the top five draws are the celebrations at Meena Bazaar, Ganesh Bazaar, Jawahar Chowk, Kanchan Bazaar and Laxmi Bazaar.

The immersion procession of Jawahar Chowk is unique in the sense that the idol of Maa Laxmi is carried by a Muslim ‘saarthi’, Md. Samir. Setting an example of religious tolerance, Samir says, “I have been celebrating Eid since my childhood. In the same way, I also love to celebrate Laxmi Puja.”