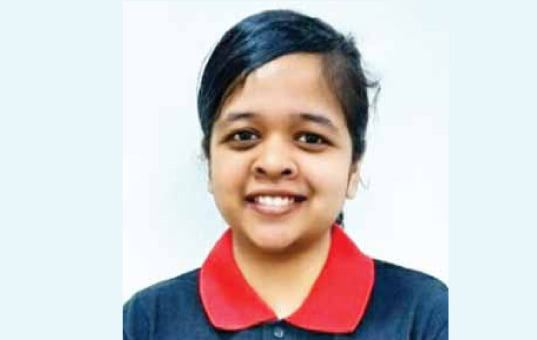 The IIT Bombay is her dream institute and she wants to pursue computer science engineering. “Electrical engineering is my next choice,” she said.

Adyasha said that though her parents were elated with her results, she was a bit disappointed for not clinching the perfect 100. Six candidates from the state have scored the perfect 100.

“But it feels amazing to be the topper from my state,” the only child of a professor and an engineer was quoted as saying by TOI.

.Adyasha’s father Chinmay Patro is General Manager of  Durgapur Steel Plant and her mother, Babita Sahu, is a lecturer at Triveni Devi Bhalotia College in Raniganj.

“I studied at Carmel Convent till Class X. I shifted to CBSE because I wanted to get a competitive edge,” she told the national daily.

Adyasha had scored over 96.6 per cent in ICSE.

The results were declared on March 8.

JEE Main May Session Put Off Due To COVID-19