Odisha 8th Among States In Recovery Rate, Most Number Of COVID-19 Cases 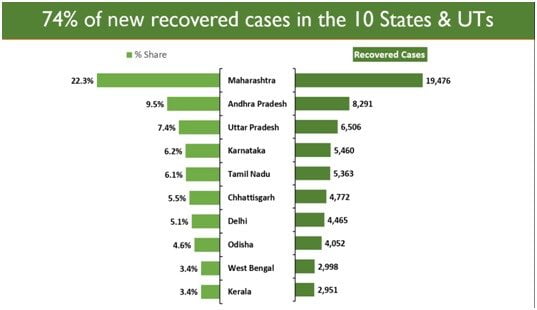 Bhubaneswar: India has been reporting a higher number of recoveries than new cases for the past six days.

According to the Health Ministry, 74 of the new recovered cases are in 10 states and UTs.

Odisha saw 4052 patients getting cured of the infection on Wednesday. With a recovery rate of 4.6 per cent, it was eighth among all states in the country. Maharashtra, Andhra Pradesh and Uttar Pradesh occupied the first three slots. West Bengal and Kerela were in the bottom two.

Odisha saw 4189 more people testing positive on Wednesday and the biggest spike of 4340 on Thursday. 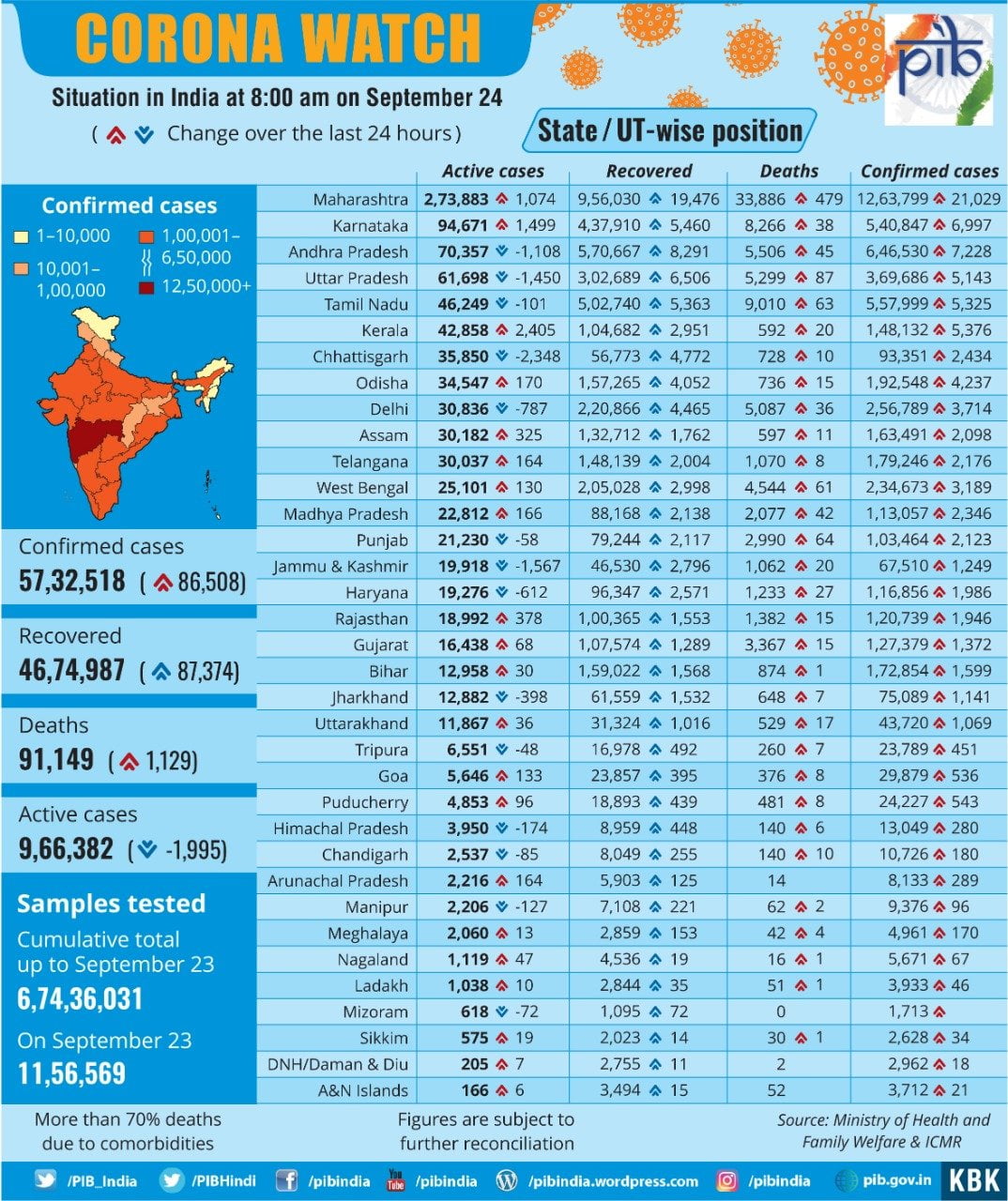 The Health Ministry further stated that there has been a steady rise in the gap between recovered and active cases.

As on Thursday afternoon, Odisha had 38818 active cases and cumulative recoveries of 157265.