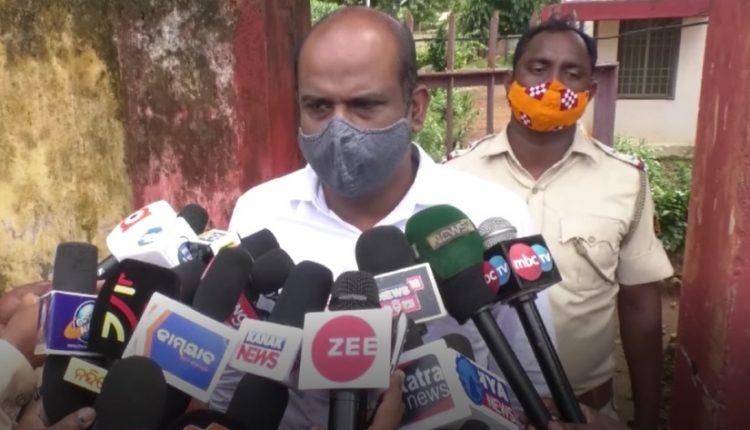 Paralakhemundi: In a new turn to the death case of Paralakhemundi ACF Soumya Ranjan Mohapatra, the watchman of the DFO office on Tuesday told the Crime Branch that the Gajapati collector was present at the official residence of the DFO on the night of July 12 when the incident took place.

A four-member team of the Crime Branch led by DSP Gyana Ranjan Mishra held a four-hour interrogation of watchman Santosh Biswal and gardener Ajay Behera engaged in the office of the DFO and at the guesthouse inside the Paralakhemundi Town Police Station on the incident that took place in the residence of the Assistant Conservator of Forests (ACF).

Talking to mediapersons after the interrogation, Biswal said the Crime Branch officials asked him 60-70 questions about the incident. “During the interrogation, I told them that the district collector was present at the residence of the DFO at about 8 pm on July 12. He was also present during the shifting of the ACF to the hospital,” he said.

Biswal further said after hearing shouting from the residence of the ACF, he had gone there and saw the madam (ACF’s wife Bidayabharati Panda).

However, he did not reveal the other statements he had given to the Crime Branch.

The gardener did not reveal anything to the media about the interrogation. “I was not on duty on the night when the incident took place. But I have told the Crime Branch what I know about other things,” he said.

Asked about the status of the investigation, the Crime Branch DSP said while two staff of the DFO office were interrogated in the morning, the ambulance driver and his helper who had taken the ACF to Cuttack for treatment, will be interrogated at the office of the Chief District Medical Officer (CDMO).

Asked whether the Crime Branch will interrogate the district collector on the basis of the statement of the watchman that he was present in the quarters of the ACF, Mishra said if necessary, the collector and the DFO will be brought under the purview of the investigation.

“We have the information that the collector had gone to the house of the ACF after the DFO Sangram Keshari Behera had briefed him about the incident,” Mishra said.

Speaking on how the DFO came to know that the ACF had sustained severe burn injuries and who had informed him, he said they were exploring all angles of the case.  “The purpose of the interrogation is to collect the details of the incident that took place in the quarters of the ACF on the night of July 12 and who were present. After we record the statement of the people we have interrogated, we will begin our next course of the investigation,” Mishra said.

After taking over the investigation from the local police on August 14, the Crime Branch had interrogated Manmath Kumbha, the cook who was present at the quarters of Soumya on the fateful night, his two colleagues ACF Gouri Prasad Rath and Bhaskar Rao and a forest employee Akash Pradhan on Monday.