Odisha Assembly’s Minimum Sitting Days Rule A Joke: Is It Time For No-Work-No-Pay? 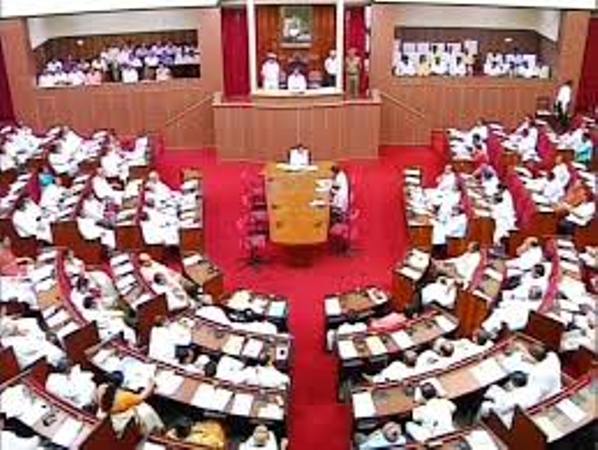 Bhubaneswar: Are the political parties or the powers-that-be really serious about running the Odisha Assembly? Do they really want to debate, discuss and discharge their legislative responsibilities? Well, the answer should be a BIG NO, if one takes into account the number of days for which the state legislature sits in a year.

The Odisha Legislative Assembly should mandatorily sit for a minimum of 60 days in a calendar year. “Every calendar year the assembly shall have not less than three sessions with minimum of 60 sitting days,” says Rule 11 of the Rules of Procedure and Conduct of Business in OLA.

But it is failing to do so at alarming frequency. Thursday’s sudden closure of the House has certainly provided enough ammunition to the Opposition BJP and Congress to fire salvoes at the ruling BJD. For, ever since the Naveen Patnaik-party came to power in March 2000, the state legislature has fulfilled the 60-days-a-year norm only on three occasions: 2006, 2010 and 2012, according to an official document. In the remaining years it has ranged between a minimum of 41 days in 2016 and 58 days in 2004. In 2019, it sat for 50 days spanning three sessions of the 15th (seven days) and 16th Assembly (43 days).

Thursday was surely not the first instance when the House was closed abruptly. Such instances are galore in other states as well, but in Odisha it is becoming very frequent, raising questions on the government’s sincerity to debate important issues inside the House. There was a time when the norm was to hold the Assembly for a minimum 90 days in a year. It was brought down to 60 days, but still the House doesn’t achieve it with the government invariably citing the lack of adequate legislative business alibi and adjourning the House as soon as it passes the bills.

The ruling dispensation, of course, has its defence: though 60 sitting days is mandatory, depending on the opinion of the House curtailment can be done. And this is a standard parliamentary practice across the country.

The trend improved slightly during the Second Pre-Independent Assembly, formed on April 18, 1946, with the House meeting for 224 days till it came to an end on February 20, 1952.

Post-Independence, the number of sittings became more frequent, with the First Assembly constituted on February 20, 1952, recording the highest 356 sittings in five years. The 60-days-a-year mark was crossed on a maiden occasion in 1952, when the House met on 77 days. The highest-ever sittings in a calendar year was achieved in 1955 with the Assembly meeting for 103 days over two sessions (46 days & 55 days). The maximum for a session of 55 days was also registered the same year, marking a highpoint in Odisha’s legislative history.

But in the subsequent years, on infrequent occasions the Assembly has sat for 60 days in a year; the lowest of 13 days was recorded in 1973 (the Fifth Assembly, which lasted for little over two years has the unenviable record of sitting for the lowest of 97 days). Like the BJD, the Congress has ruled the state for a long period, but it too ‘avoided’ the legislature. Especially, the 14 years when J B Patnaik was CM in the eighties and late nineties, never once did the House accomplish the 60-days-a-year rule. The Biju Patnaik-headed Janata Dal in the early nineties did no better. Nor can the BJP claim to have ensured any significant difference when it shared power with the BJD from 2000 to 2009; only once in 2006 did the House met exactly for 60 days.

Here then is some food for thought: For a day of legislative business, the state exchequer, going by conservative estimates, spends over Rs 2 crore, exclusive of security deployment and expenses incurred by different administrative department. Not to speak of the quality of debate, the legislative accountability is apparently on the decline. So, is it time, as has been proposed by some, to implement the ‘no work, no pay’ rule for the lawmakers? And, in such a scenario, will the proposed legislative council serve its desired purpose?