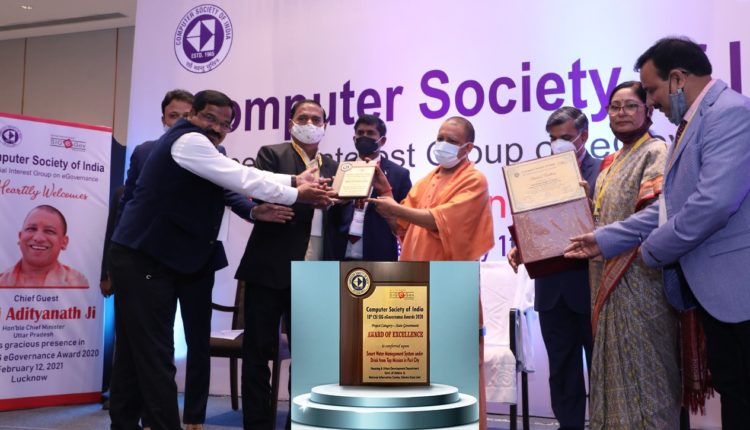 There were as many as 178 nominations from all over India in this category.

The award was set up by CSI, largest association of Indian IT professionals, in 2002 to recognise and reward innovative projects through its SIG in eGovernance.

Named ‘Sujal’, the ‘drink from tap’ mission was launched by Odisha Chief Minister Naveen Patnaik on October 13, 2020. The aim is to provide 24×7 safe drinking water, fit for direct consumption from taps, to all urban households.

The project includes water source protection, appropriate water treatment and testing as well as prevention of recontamination in the distribution system.

It also ensures that individual households don’t have to invest on overhead water tank or underground reservoir, motor pump, RO-based water filter and purchasing mineral water, according to an H&UD Department press release.

Having completed pilot projects in 12 zones in Bhubaneswar and Puri cities to become the first state in the country to provide drinking water from tap to the people, WATCO’s target now is to cover entire Bhubaneswar and Puri, besides other cities like Khurda, Jatni and Berhampur.