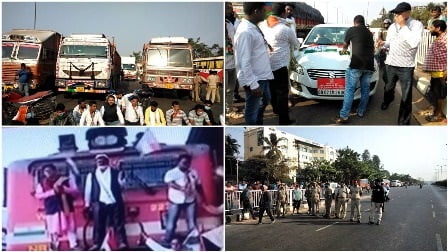 Bhubaneswar: The six-hour Odisha bandh called by the Congress over rising fuel prices and other issues began at 7 am on Monday with party workers staging rail roko and road blockade at several places.

In Bhubaneswar, the Congress activists led by Suresh Routray squatted on the tracks at the railway stations in Master Canteen and Vani Vihar.

Apart from this, the agitators staged a road blockade on NH-5 at Satsang Vihar, Vani Vihar and Acharya Vihar by burning tyres.

All trading establishments remained closed while vehicular traffic stayed off the roads.

Several passengers were seen waiting at Baramunda bus stand due to the non-plying of the private buses. OSRTC and private buses have suspended services in view of the bandh.

Apprehending the demonstration by Congress activists, security personnel have been deployed at the main gate of the Lok Seva Bhawan here. The government employees are being allowed to enter the premises by showing their identity cards.

Also Read: All You Need To Know About Today’s ‘Peaceful’ Odisha Bandh