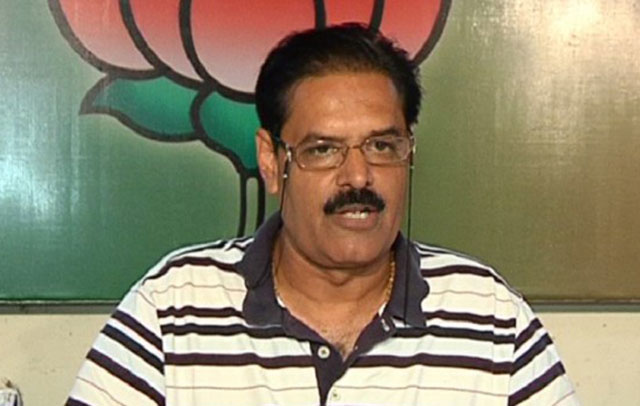 Bhubaneswar: The state BJP on Tuesday claimed that the Congress had a secret pact with the ruling BJD and was working as its shield.

Talking to mediapersons after the adjournment of the Odisha Assembly over the issue, leader of the BJP legislature party KV Singhdeo said whenever the BJP wants to raise a pertinent issue in the House, the Congress members deliberately create a ruckus.

“Yesterday, we had decided to raise the issue relating to the felling of trees in Jhinkaragadi forest in Balarampur village in Dhenkanal district. But the BJD members, in order to divert the attention of the House, had come up with a letter relating to the slashing of the post-Matric scholarship fund for the Scheduled Tribe students by the Centre. To stall the House proceedings, the Congress members rushed to the well of the House forcing the Speaker to adjourn the House till 3 pm. This is not the first instance in which Congress has tried to defend the BJD. There are several instances in the past which justifies a secret alliance between the two parties,” he added.

Supporting his leader, BJP member Pradip Purohit said the Congress leader and former leader of the Opposition, Bhupinder Singh, who had criticised the BJD on a number of occasions in the Assembly, later calmed down after BJD president Naveen Patnaik offered him sweets.

“The present leader of the Opposition Narasingha Mishra is also following in the footsteps of his predecessor as the former Koraput Congress MLA Krushna Chandra Sagaria had told the media about the close affinity of the Opposition leader with Naveen and the Third Floor,” Purohit said.

Replying to a question on the incident in which the Congress had come to the rescue of BJP member Radharani Panda against whom a BJD member had passed lewd remarks in the State Assembly in the past, he said the Opposition leader had to protest against the incident else he would have been criticised.

Another BJP member Rabi Naik said the Opposition leader had not taken up the statement of Sagaria in the House.

Terming the allegation of the BJP as baseless, Mishra said his party had reiterated the secret alliance between the BJP and the BJD, a number of times earlier.

“The BJP has changed its stance having realised that its prospects in the ensuing Assembly and Lok Sabha elections are bleak. The allegations of the BJP against the Congress are like the proverbial ‘Chor Machae Shor’ (outcry of a criminal against the crime) which has been proved on several occasions. If you flip through the Assembly proceedings, you will come to know about the secret alliance between the BJP and the BJD. When the Congress had raised the chit fund issue in the State Assembly, the ruling BJD had demanded the resignation of the Opposition leader,” Mishra told mediapersons here.

Coming down heavily on the BJP, BJD leader Sanjay Dasburma said the saffron party had no moral right to make any statement on issues relating to the interest of the state. Their attitude was a threat to democracy.