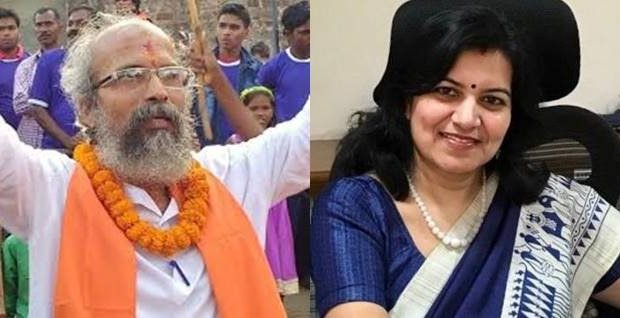 Bhubaneswar: Even as the Odisha government and Bhubaneswar MP Aparajita Sarangi engaged in a war of words over the legal technicalities to prohibit and regulate developmental work around centrally-protected monuments,  Union Minister Pratap Sarangi on Tuesday reiterated that draft heritage bylaws for the two temples in Bhubaneswar will be withdrawn.

The bylaws, prohibiting and restricting construction within 300 metre of Ananta Basudev and Bramheswar temples in Ekamra Kshetra here created a stir in the state as these undermined the plans of the ruling BJD to showcase Lingaraj Temple and its surroundings as a World Heritage site.

Sarangi said they had met the minister concerned and the Home Minister in this regard. “The draft bylaws was released by the director without the knowledge of the secretary. These were put up on the website of the National Monuments Authority (NMA) to seek suggestions and objections from people. This too should not have happened. When we objected to it, the minister immediately tweeted about the withdrawal of the notification,” he said.

“The draft notification was issued without the knowledge of the chairman of the National Monuments Authority (NMA). The notification is withdrawn immediately. Any further work relating to Puri will be done in consultation with stakeholders,” Union Culture Minister Prahlad Singh Patel tweeted in Hindi after the BJD and BJP MPs met him on February 9.

Soon the NMA issued a public notice: “The draft heritage bylaws of Jagannath temple and subsidiary shrines have been withdrawn due to some technical glitches. The revised notice will be issued later.”

The BJP MP from Odisha said that no decision in this regard will be taken without consulting all the stakeholders.

Stating that it was a bureaucratic error, he said that the Centre is committed to preservation and conservation of the heritage of Odisha.

During a presser on Monday, Aparajita, however, had questioned the ‘unnecessary’ hue and cry about the draft bylaws. “Even if the draft bylaws are withdrawn, the provisions under Ancient Monuments and Archaeological Sites and Remains Act (AMASAR) of 1958, as amended in 2010, continue to be in operation. In fact, the heritage bylaws are intended to help the general public by streamlining the norms for taking up reconstruction/renovation activities in the restricted areas,” she had said.