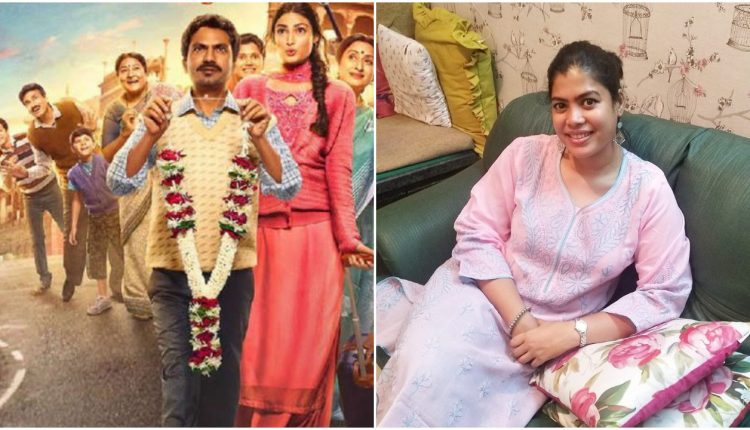 Mumbai/Bhubaneswar: Odisha-born Debamitra Biswal has disowned her Bollywood directorial debut ‘Motichoor Chaknachoor’, which could neither impress critics nor rake in moolah at the box office as it made approximately Rs 18 crore in four days of release.

The movie starring Nawazuddin Siddiqui and Athiya Shetty was released on November 15.

Alleging that the film was taken away from her in post-production stage, she asked moviegoers to watch it at their own risk. She attributed the debacle of the film to ‘silly ego fights’.

Debamitra has been involved in a legal tussle with production company Woodpecker Movies Private Limited. While the makers accused the director of selling off the movie rights to a film distributor for Rs 32 lakh in Bihar without any authority, Debamitra moved the Bombay High Court seeking a stay on the release of the trailer over non-payment of dues. She had even appealed to the makers to remove her from the directing credits, according to media reports.

While thanking the cast and crew for their hard work, the writer-director of the film took to social media and wrote a long post on the whole fiasco. She regretted that no one would get to experience the original vision for the film.

“I will only cherish the sounds of people who laughed n enjoyed at the personal screening of my version even without any background music or proper dubbing. Sadly that version is not coming out. Only due to some silly ego fights which has no meaning at all,” she wrote.

In her post, she mentioned people who worked on the project wholeheartedly and wished that she could show the world what she had made.

“I’m sorry I could not save the film,” she further wrote.

She ended her post with a warning for her near and dear ones, “It’s OK if you still want to watch the film but go at your own risk. I will not be responsible for your bheja fry. An experience definitely as sweet as Motichoor, but an outcome is total Chaknachoor.”

A native of Bhubaneswar, Debamitra had earlier worked as a creative director on shows like ‘Radha Ki Betiyaan Kuch Kar Dikhaengi’ and ‘Laaptagunj’. She was also an assistant director with Balaji Telefilms.

Inspector Suspended For Indiscipline In Odisha