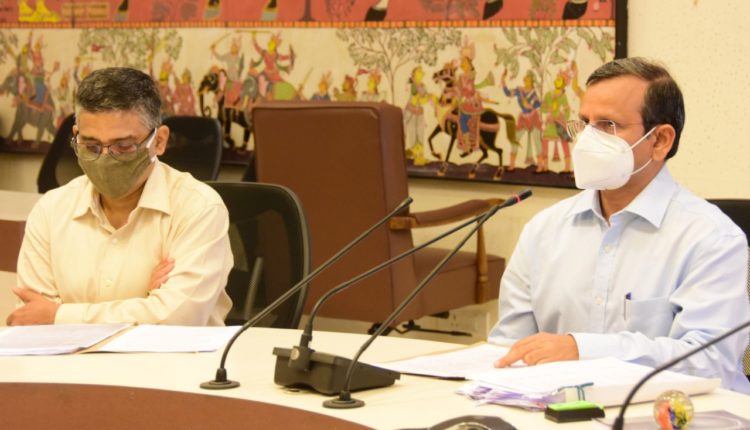 Subroto Bagchi, Chairman of Odisha Skill Development Authority (OSDA), and his wife and Mo School programme chairman Susmita Bagchi had pledged Rs 210 crore for the cancer hospital and another Rs 130 crore for the centre.

These are among the nine major decisions taken by the cabinet in the meeting chaired by Chief Minister Naveen Patnaik this afternoon.

Details of the proposed cancer hospital: 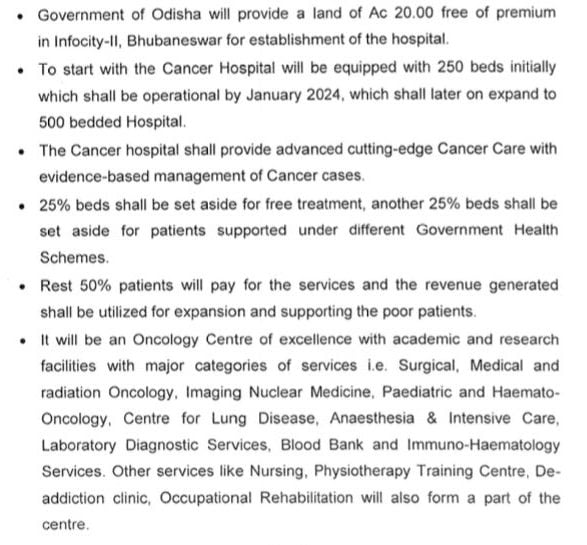 Details of the Palliative Care Hospital: 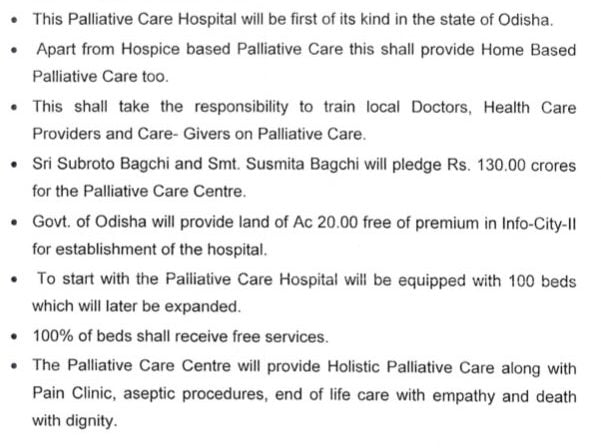 Briefing the media after the meeting, Chief Secretary Suresh Chandra Mahapatra said that the decisions were related to the departments of Scheduled caste and Scheduled Tribe, General Administration and Public Grievance, Health and Family Welfare, Parliamentary Affairs and Steel and Mines.

Under the Anwesha scheme, ST & SC students are admitted to different government, private and aided English medium schools of repute in urban areas from Class I and provided with education till Class XII. In the next five years, 25000 students will be covered under the scheme, the government releases said.