Odisha Cabinet To Meet Tomorrow; Is Rath Yatra On Its Agenda? 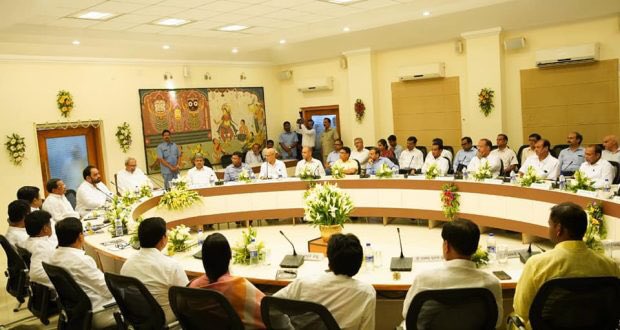 Bhubaneswar: The Odisha Cabinet will meet at 7.45 pm on Thursday. It is likely to discuss the surge in COVID-19 positive cases in the state with the affected tally having touched 4338 till Wednesday afternoon.

The state government in its renewed strategy to curb the spread of the virus on Wednesday also announced to set up COVID Care Home facility in each panchayat.

Reports further suggest that the meeting may revolve around the ensuing Rath Yatra. The Cabinet may discuss and announce important decisions on the annual festival, slated for June 23 in Puri.

The Supreme Court is also scheduled to hear petitions on Rath Yatra on Thursday.

The agenda for the meeting is yet to be revealed, official sources said.

Earlier in the day, BJP leader Bijoy Mahapatra had slammed the Odisha government over its silence on conducting the festival in Puri amid the COVID-19 pandemic and demanded an immediate statement in this regard.

A decision to accord state song status to ‘Bande Utkala Janani’ was taken on June 7 Cabinet meeting.

Know The Guidelines For Rath Yatra Of Jagannath In…