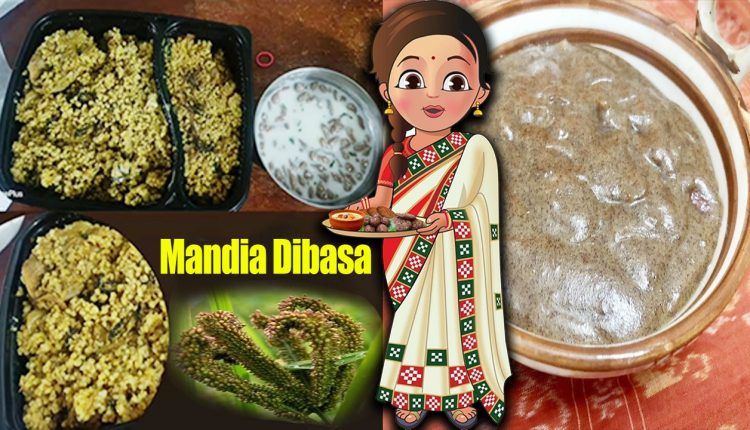 Bhubaneswar: In a first, Odisha is celebrating ‘Mandia Dibasa’ (Millet Divas) on Thursday to promote millets consumption for better health and the environment.

Agriculture secretary Arabinda Padhee informed that November 10 was fixed as the date to celebrate ‘Mandia Dibasa’. “Heartiest greetings of Mandia Dibasa. Feel overwhelmed on the positive response and vibes for this initiative. Let’s pledge to take nutritious and climate-resilient, millets to millions. It’d also be good for smallholder farmers (sic),” he tweeted.

November 10 was picked to celebrate and promote Mandia as an eco-friendly and healthy food product as it coincides with the first Thursday of Margasira month when people across the state worship Mahalaxmi and offer millet to the goddess of wealth and prosperity.

It is also being seen as yet another push to popularise millets in the state after the agriculture department in September asked other departments to serve millet-based snacks in all official meetings. Besides millet snacks, ragi sweets have been introduced in midday meals of schools in Sundargarh and Keonjhar districts.

Notably, the United Nations General Assembly has declared the year 2023 as the International Year of Millets after India proposed the same to Food and Agriculture Organisation (FAO).

Notably, special millet dishes are served in more than 100 restaurants and cafes across Odisha, including a few in Bhubaneswar such as Bocca Cafe outlets at Master Canteen Square and Patia, and Michael Kitchen near Sainik School.

To improve nutrition at the household level through the revival of millets among tribal communities in the state, the government in 2017 launched Odisha Millet Mission in 30 blocks spread over seven districts. The same was expanded to 142 blocks across 19 districts recently. More than 1.5 lakh farmers are currently farming millet on 75,000 hectares. Plans are afoot to expand it further, sources said.