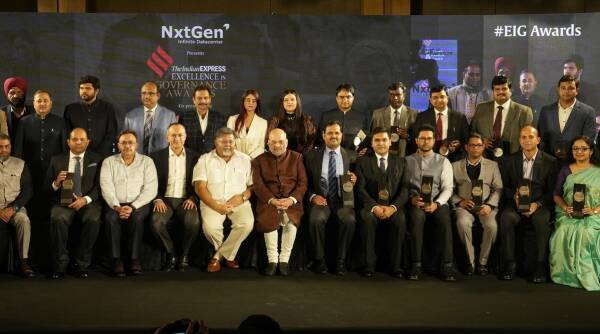 Bhubaneswar: Odisha’s Vishal Singh and Chanchal Rana, collectors of Malkangiri and Balangir districts respectively, were presented awards by Union Home Minister Amit Shah for their contribution to good governance at the grassroots level.

They were among the 18 district collectors from across the country who received the ‘Indian Express Excellence In Governance Award’ from Shah at a function in Delhi on Tuesday, sources said.

Vishal Singh was declared the best district magistrate for excellence in governance in the agriculture category for successfully implementing a micro-irrigation project in six villages in Malkangiri district.

The micro-irrigation project was an innovative initiative in the remote villages of Malkangiri affected by Maoist menace. The project, launched by Singh benefitted more than 300 farmers who are now able to grow a second crop and increase their household income by 60 per cent.

Similarly Chanchal Rana won the award in the best district magistrate in India category. The award acknowledges Rana’s efforts to implement “Gender and Inclusion” in Balangir district. He was honoured for his endeavour to successfully implement the Sweekruti Scheme which aims to offer dignity, inclusion and livelihood to the transgender community and avail the members of the community of all social security schemes, sources added.