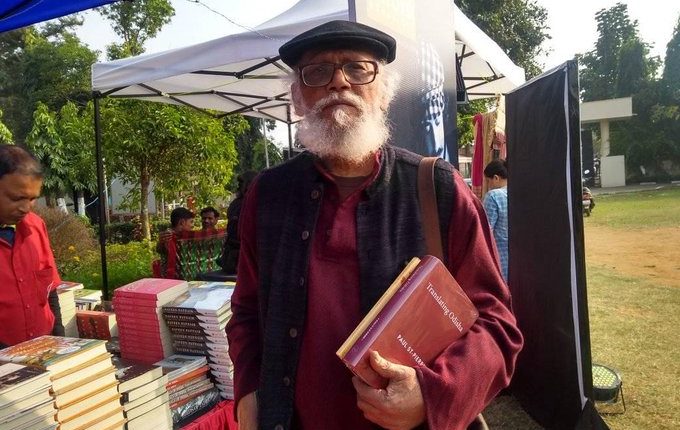 Bhubaneswar: Amid the hullaballoo surrounding the ongoing FIH Men’s Hockey World Cup, noted painter and sculptor Jatin Das put a painting of a hockey player up for auction on Wednesday. It is being exhibited at Gita Govinda Bhawan in Odisha capital.

Deeply touched by the plight of an Indian hockey star whose family has no access to electricity, the Padma Bhushan awardee decided to paint him and auction it for the welfare of hockey in Odisha, a release said.

Here we are talking about Nilam Sanjeep Xess, who is making his world cup debut.

The India team defender’s family lives in a humble kutcha house in Kadobahal village of Sundargarh district with no gas or water connection. The house has just two rooms that can barely fit all the members. With his family struggling to make ends meet, practising for an international event is an added challenge for Nilam.

Following the news reports, authorities in the area launched an inquiry and vowed to provide all kinds of help to the family. “We will send an inquiry team following which the higher authorities will be apprised of the situation. Subsequently, all possible government help will be extended to the family,” said Kuarmunda BDO Trupti Barei.

Nilam made his international debut for the national senior team at the 2016 South Asian Games at the age of 17. He then led the country to the Asia Cup U-18 title in Bangladesh. He has 30 international caps and 5 goals in his career.