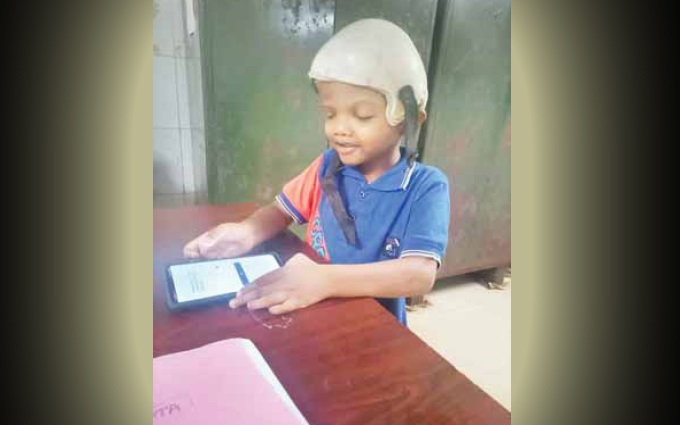 Cuttack: Conjoined twin Jaga, who was separated from Balia in a marathon surgery at AIIMS-New Delhi in 2017 and survived, is at SCB Medical College & Hospital in Odisha’s Cuttack for his health check-up.

An MRI was conducted on Jaga, now seven years old, by Dr Sudhansu Sekhar Mishra of Neurosurgery Department on Friday.

A team of doctors headed by Dr Ashok Kumar Mahapatra and Dr Deepak Kumar Gupta from AIIMS-New Delhi, who had carried out the surgery to separate Jaga and Balia, will visit SCB Medical College & Hospital to examine Jaga on June 18-19.

Jaga was found playing with a mobile phone at the hospital on Friday.

Jaga and Balia, who were joined at the head from birth, were separated at AIIMS-New Delhi in a marathon surgery by a team of doctors led by neurosurgeons Dr Mahapatra and Dr Gupta in 2017. Balia died of septicaemia at SCB Medical College & Hospital on November 25, 2020.

After spending over two years at AIIMS-New Delhi, Jaga and Balia were discharged in September 2019. After returning to Odisha, they were admitted to SCB Medical College and Hospital.

The Odisha government had sanctioned Rs 1 crore from the Chief Minister’s Relief Fund (CMRF) for the treatment of the twins.

The rare craniopagus surgery featured in the 2020 edition of the Limca Book of Records.

One of the features of the surgery was that a vein taken from the vein bank at AIIMS was grafted in Kalia’s brain as the children shared only one vein and it was the first such case of vein grafting in the world.

The medical team took advice from Prof James T Goodrich, a paediatric neurosurgeon at the Albert Einstein College of Medicine, Bronx, New York, as he had done two such surgeries earlier and was considered the topmost expert in the field in the world.

Chances of such cases occurring is one in three million and barely 12 or 13 such surgeries have been done globally during the last 33 years. 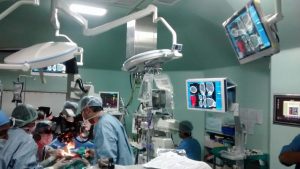 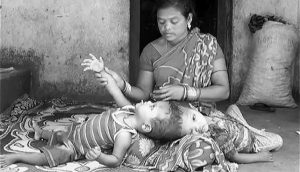 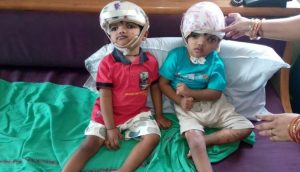