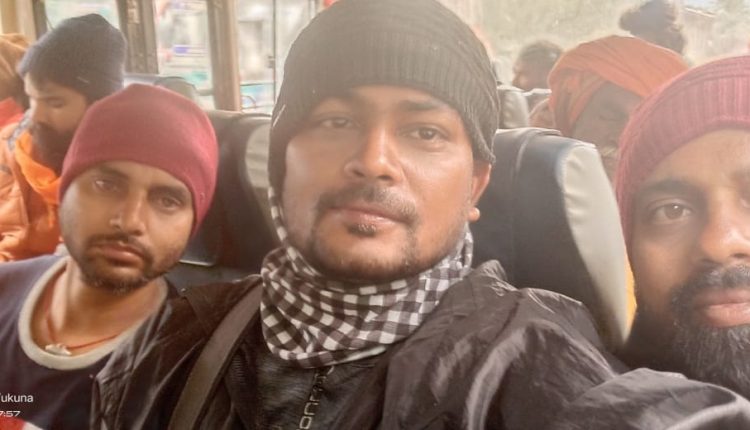 Rayagada: The five devotees from Odisha Rayagada district, who were stranded near the holy cave shrine of Amarnath in Jammu and Kashmir due to flash flood triggered by a cloudburst, are on their home safely due to intervention of the district administration.

The five devotees, identified as Basant Kumar Senapati, Soumya Ranjan Patra, K Rabi Kumar and Tukuna Pradhan and Nihar Ranjan Patra of Rayagada town, had appealed in a video message to the district administration to help them return to their homes.

Following their message, Rayagada collector Swadha Dev Singh contacted her counterpart in Jammu to ensure safe return of the Odisha devotees. Due to her intervention, the local administration made arrangements of their return from Baltal to Srinagar and then to Jammu and subsequently to New Delhi.

The devotees, in their message, said they had returned to their tents of temporary camp after visiting the shrine when the cloudburst took place at around 5.30 pm on Friday. As the flash flood triggered by the cloudburst swept away their tents, they narrowly survived and managed to escape to higher land.

They further said on the instruction of the CRPF personnel engaged in rescue operation at the spot, they had to trek through tough and hostile terrain on foot for nearly 18 km to Baltal. They wanted to return to a hotel in Jammu where they have kept their luggage.

Since there is no communication facility from Baltal to Jammu, the devotees had appealed to Rayagada district administration to make arrangement for their transportation so that they could reach their homes.