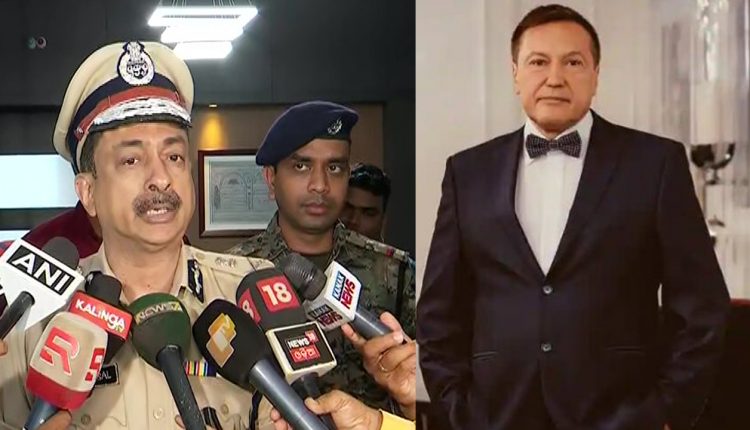 Bhubaneswar: Odisha’s Director General of Police (DGP) Sunil Kumar Bansal on Tuesday directed the CID-Crime Branch to take over inquiry into the mysterious death in Rayagada of two Russians, one of whom was identified as a wealthy lawmaker of his country, Pavel Antov.

“DGP, Odisha has ordered CID-Crime Branch to take over enquiry into Rayagada Police Station UD Case No.34/2022 & No.35/2022. These cases relate to unnatural death of two Russian nationals in Rayagada Dist,” the Odisha Police said in a Twitter post.

The DGP had earlier in the day said that the Crime Branch will assist the district police to ascertain the circumstances that led to the death of the two Russian nationals. If required, the CB will completely take over the investigation of the case since Russian nationals are involved, he had said.

Stating that two cases of unnatural deaths have been registered by the police, he said investigation is in progress the case. The DGP had earlier directed the Crime Branch to provide maximum professional assistance to the district police in the probe.

Meanwhile, DIG (South Western Range) Rajesh Pandit inspected the  hotel in Rayagada where the Russian nationals were staying. -Investigation is underway post mortem report is awaited, the DIG said, adding that video-recording of post-mortem was done and inquest carried out in presence of a magistrate.

Sources said Antov along and his three friends was on a visit to Odisha on tourist VISAs via New Delhi and they went to Rayagada on December 21. They stayed at Sai International hotel in the town. They had reportedly planned to visit Jeypore town in Koraput district.

However, one of the four, Vladimir Vudanov (62) was found dead inside his room on December 22. The post mortem report showed heart attack to be the reason behind the death, they said.

Two days later, on December 24, Antovl’s body was found in a pool of blood outside the hotel and it appeared that he might have fallen off the terrace or from a window and died.

According to a tourist guide, Antov and Vudanov appeared to be close friends.

While Vudanov’s last rites were performed at Rayagada after informing the Russian embassy, police had preserved the body of Antov and launched a probe. The police also questioned the other two tourists.

The other two Russians have already been checked out, hotel owner Koushik Thakkar said.

After his friend’s last rites, Antov seemed to be disturbed and shocked.