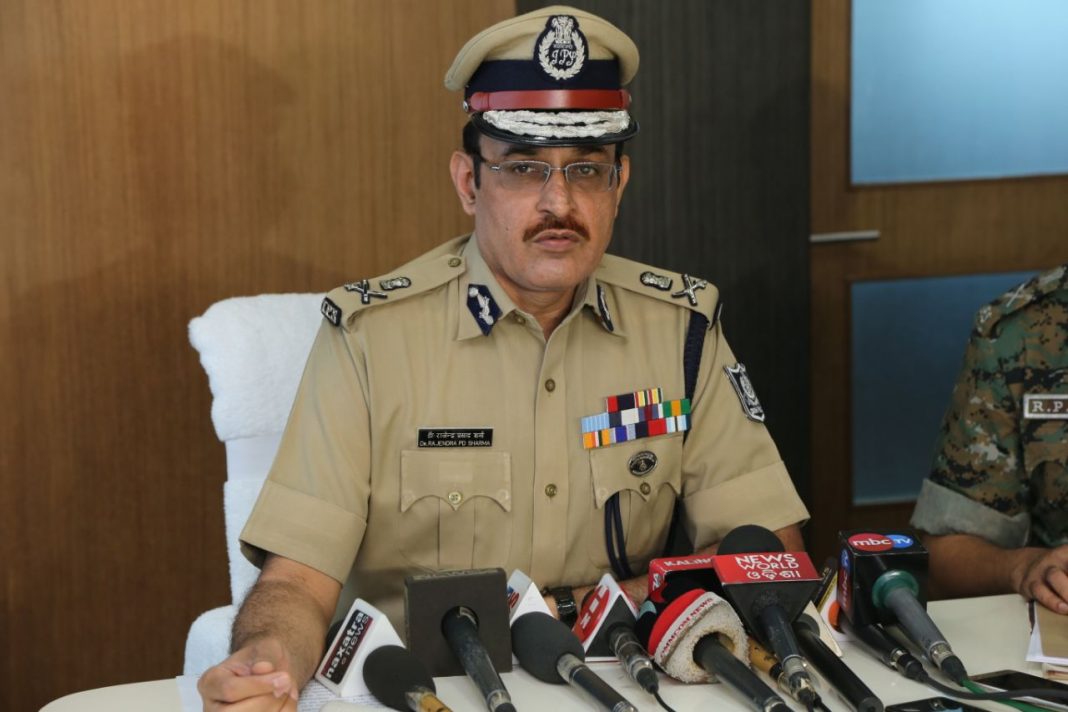 Koraput: Director General of Police (DGP) Dr. R.P. Sharma on Thursday called on the Superintendents of Police (SPs) of seven Left-Wing extremism (LWE) districts under the South-Western Range (SWR) to work as a team and ensure that the ensuing elections are conducted peacefully and without any violence.

The DGP, during his one-day visit to the south Odisha district, reviewed the operational preparedness of the police at a high level meeting at the district headquarters office here in the afternoon in the presence of Director (Intelligence) Sunil Roy, IG, BSF, senior CAPF officers, DIG, South Western Range and Superintendents of Police (SPs) of the SWR.

While reviewing the operational preparedness of the police, Sharma laid emphasis on strengthening the intelligence network and asked the police officers to make extra efforts to monitor the movement and the modus operandi of the Maoists during elections.

The DGP also interacted with members of the Panchayati Raj Institutions (PRIs) in the remote areas of Malkangiri and Koraput district on ganja cultivation and discussed measures to make the people aware of alternate crops. PRI members informed that the people in these areas can take up turmeric cultivation and vegetable farming for which the state government should take necessary steps by opening a procurement centre for turmeric at Chitrakonda to facilitate the farmers to sell their produce. The DGP assured the PRI members of taking up the matter with the state government at the earliest to stop illegal ganja cultivation.

Besides, Sharma also interacted with the surrendered Maoists, who expressed their happiness after coming into the mainstream. “We are trying to develop a mechanism to motivate the armed cadres to surrender, which is a long-term exercise. Besides, the support of civil society is also needed to help Maoists join the mainstream,” he pointed out.

On the occasion, the DGP inaugurated a blood donation camp at the Police Hospital. “It is a trust-building exercise with a message to the people in the Maoist-affected area, that we, the security forces in the area are here for your complete safety and security, even at the cost of our life,” he added.

He also inaugurated the capacity building programme on cyber-related matters for all the SPs of the SWR with a focus on building cyber-infrastructure in LWE areas. He also urged the SPs to set up cyber and social media labs in their respective districts.