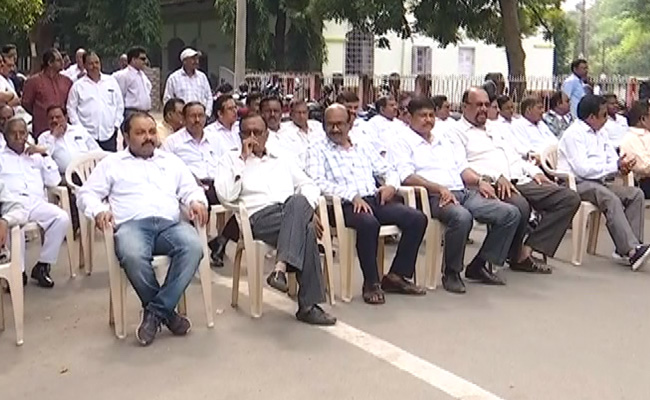 Sambalpur: The district lawyers’ association observed Sambalpur bandh on Wednesday over the demand for the establishment of a permanent bench of the Orissa High Court in western Odisha.

According to sources, all government offices and courts were closed to put pressure on the government and authorities concerned to intensify their demand. The association with the support of social organisations and locals also picketed at Kacheri Chhak and refrained from doing any court work.

Amid the agitation, the judge of Sambalpur court was forced to return home due to the bandh, said sources.

However, all offices under the central government, banks and insurance companies, shopping complexes and schools and colleges were open and vehicular movements also remained unaffected.

The association said that a shutdown will be observed every Wednesday in Sambalpur.

Notably, the lawyers have accused the state government of going back on its promise to provide a complete proposal for the establishment of a permanent bench to the Centre. “Since the government has failed to take any action, we are forced to sit in the protest,” association president Sureswar Mishra told the media.