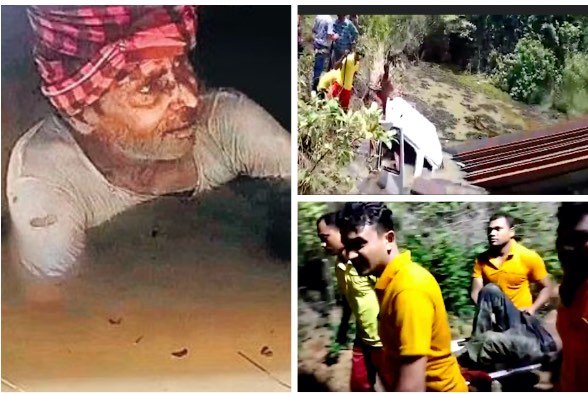 Sambalpur: The driver of a steel-laden trailer truck, which fell off a bridge at Bhimkhoj within Jujumura police limits in Odisha’s Sambalpur district, was rescued after nearly nine hours on Monday.

The driver, identified as Janardhan Tiwari from Uttar Pradesh, got stuck in the vehicle’s cabin only with his head above the water when the trailer truck fell into the water body after he reportedly lost control over the vehicle while crossing a bridge at Bhimkhoj around 10 am. He was on his way to Sambalpur from Angul via NH-55.

The fire services personnel used pumps to drain the water and cut the truck with help of a spreader, cutter, and plasma cutter to rescue the driver, who was then admitted to VIMSAR, Burla, with minor injuries, sources said.