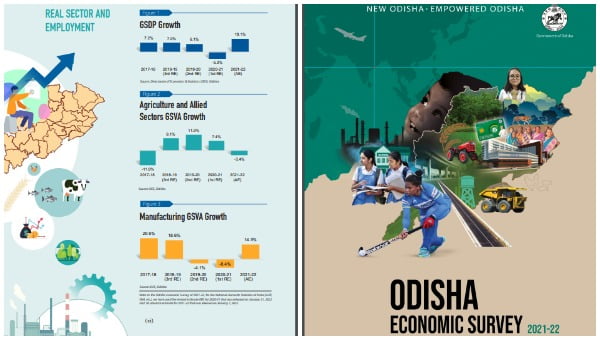 Bhubaneswar: Odisha’s economy registered a sharp recovery in 2021-22 after contracting by 5.3 per cent in 2020-21 with the real Gross State Domestic Product (GSDP) growing at 10.1 per cent as per advance estimates.

The Odisha Economic Survey 2021-2020, released on Tuesday, further said that Odisha is one of the fastest-growing states in the country, which registered a growth rate much higher than India’s GDP growth rate of 8.8 per cent.

“With prudent financial planning, Odisha’s GSDP grew at 10.1 per cent in 2021-22 compared to 8.8 per cent growth in India’s GDP. Odisha economy continues to grow at a spectacular rate averaging a real growth rate of 9.2 per cent, from FY17 to FY22, leaving aside the COVID-19 year,” Chief Minister Naveen Patnaik tweeted.

“Assuming normal monsoon, no furthermore damaging waves of coronavirus mutations and induced economic disruption, stable oil prices, and steadily easing of the supply chain, GSDP may grow in real terms by 9.0-9.5 per cent in 2022-23,” it said. 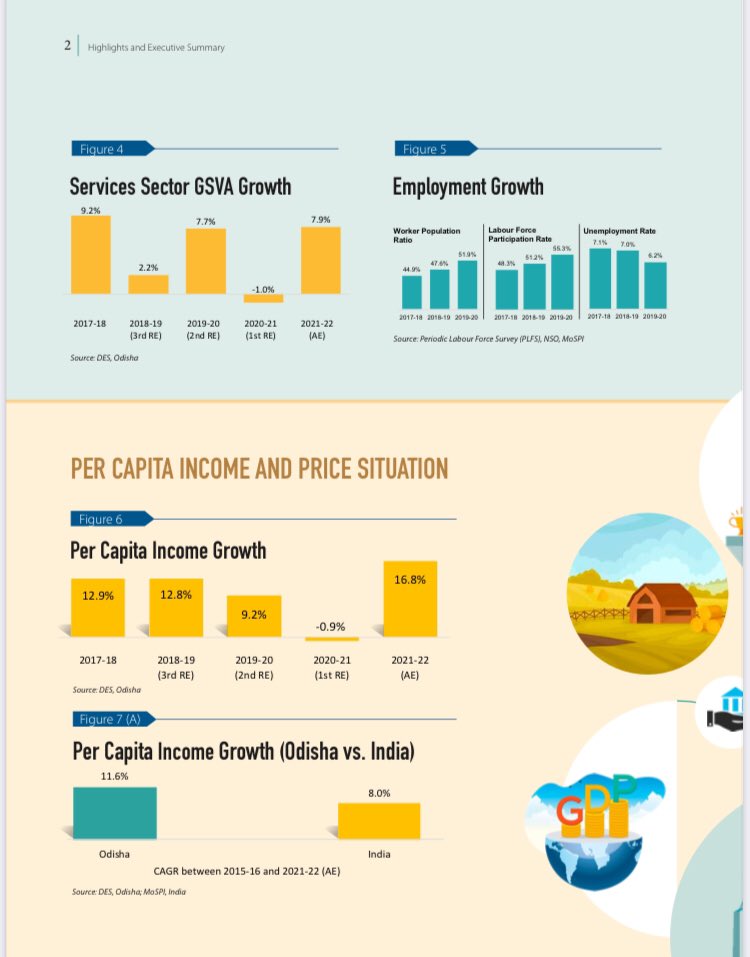 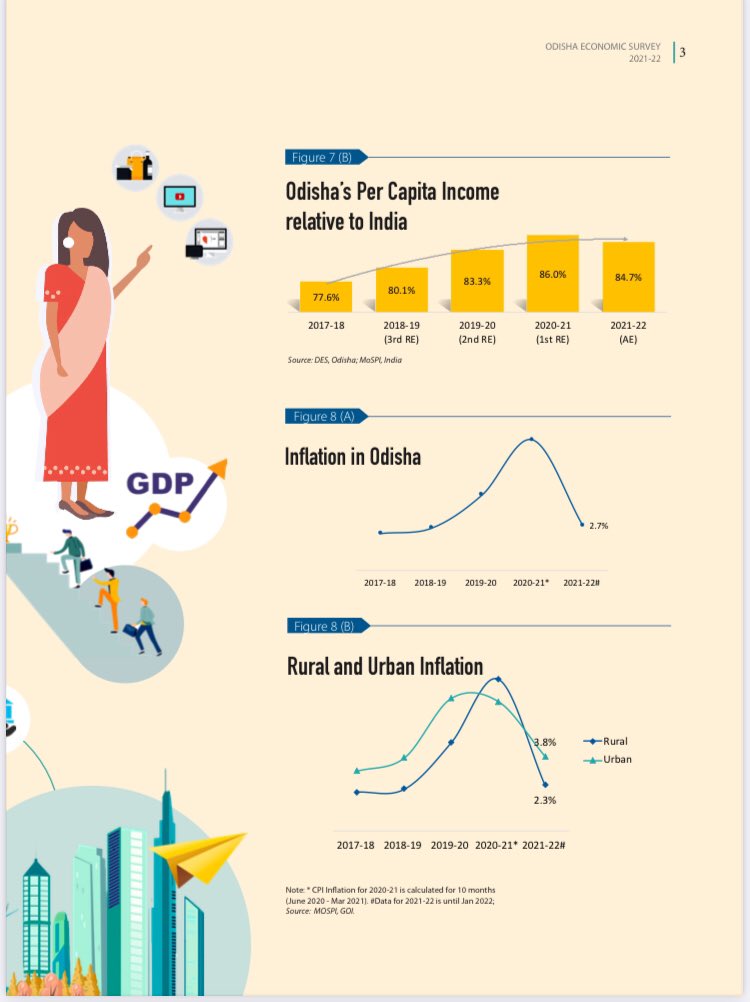 The report said that Odisha’s recovery process is not only faster but also more broad-based and it reverted to the pre-COVID level much faster.

The Russia-Ukraine conflict, however, has brought further uncertainty and is likely to impact global trade, businesses with its ramifications on the domestic price level, exchange rate, commodity supplies and supply chain operations,  it said.

The industry sector grew at 14.5 per cent followed by the service sector with a 7.9 per cent growth rate in 2021-22. The agriculture and allied sector registered a contraction of 3.4 per cent in 2021-22 due to drought, unseasonal rain, and Cyclone “Jawad”.

While natural calamities continue to affect agriculture in the state, agriculture and allied activities grew at an average rate of 9.5 per cent between 2018-19 to 2020-21 before the current contraction, it added.