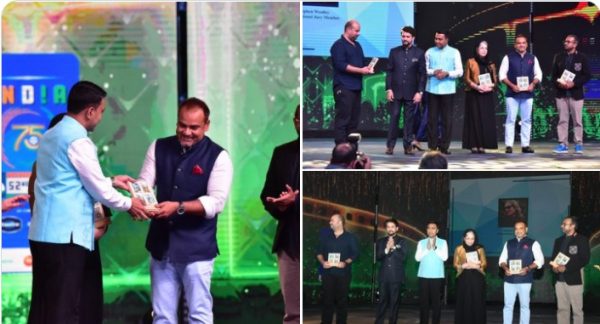 Bhubaneswar: The International Film Festival of India (Iffi) 2021 kicked off with a glittering opening ceremony at Panaji on Saturday.

On the opening day of the festival, Odisha filmmaker Nila Madhab Panda was felicitated. Panda is one of the jury members of International Competition in the festival.

Panda’s ‘Kalira Atita’ was recently conferred with National Award for Best Odia film. A Padma Shree awardee, Panda started his celluloid journey with the acclaimed ‘I Am Kalam’, which won 34 international awards and a national award.

His subsequent work focused equally on environmental as well as children’s issues. His other films include Babloo Happy Hai, Kaun Kitney Paani Mein and Kadvi Hawa.

The 52nd edition of the Iffi will run till November 28 in both physical and virtual modes. The programme includes 148 films in the international section and premieres of 64 Indian films.

5 Pilot Loyalists To join Gehlot Cabinet Today; Know Who Will Be Inducted