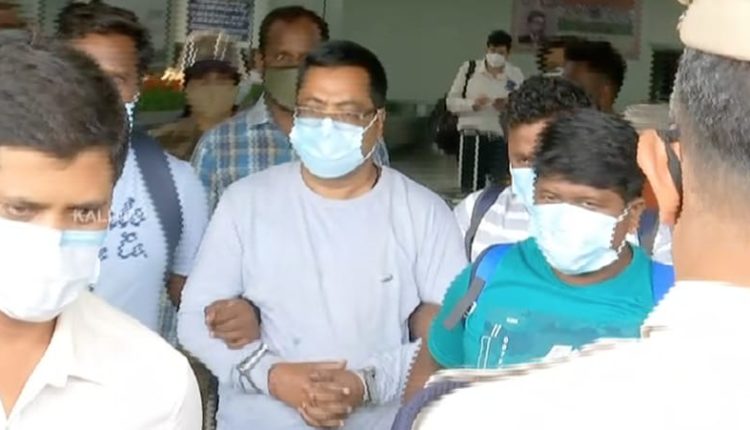 Cuttack: Notorious gangster Sheikh Hyder has been sent on a 7-day police remand.

According to reports, the court of Cuttack City JMFC allowed Manglabag police to take Hyder on remand for seven days, beginning Saturday (April 17).

Police had sought 10-day remand of Hyder, who had escaped on April 10 from police custody  while he was undergoing treatment in SCB Medical College and Hospital.

He was nabbed from Sangareddy district in Telangana, five days after his escape. The gangster was brought to the city today and produced in the court, where he reportedly appealed before the court to allow his medical treatment at the hospital. However, the JMFC rejected his plea.