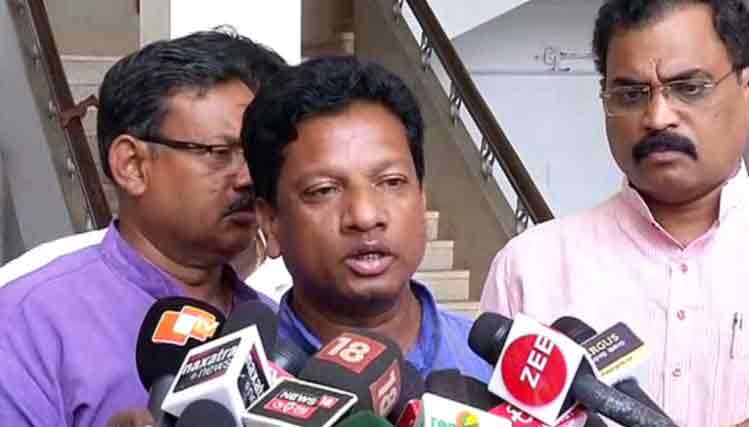 Bhubaneswar: The Odisha government on Thursday accepted the resignation of Bhudan Murmu, a government doctor in Mayurbhanj district who resigned on October 4 to contest polls.

The BJP has fielded Murmu from Saraskana assembly seat, where he has been pitted against BJD’s Amar Singh Tudu.

On Wednesday, senior BJP leaders Sameer Mohanty and Lekhashree Samantsinghar had met Gopabandhu Dash, political secretary to BJD president and Chief Minister Naveen Patnaik, at Naveen Niwas and threatened to sit on a daylong dharna there until the doctor’s resignation was accepted.

On Thursday, a BJP delegation met the chief secretary and the health secretary at the State Secretariat in this connection. “I was earlier taking care of patients as a doctor. Now, after entering politics, I will be able to provide service to society at large,” Murmu told mediapersons after his return from the State Secretariat.

“Murmu, who is currently working as a medical officer at Primary Health Centre (PHC), Bhaluki under Rangamatia Community Health Centre (CHC) in Mayurbhanj district has submitted his resignation from Government services to contest in the ensuing general elections. After careful consideration, the Government has accepted his resignation with effect from April 4, 2019,” the notification read.