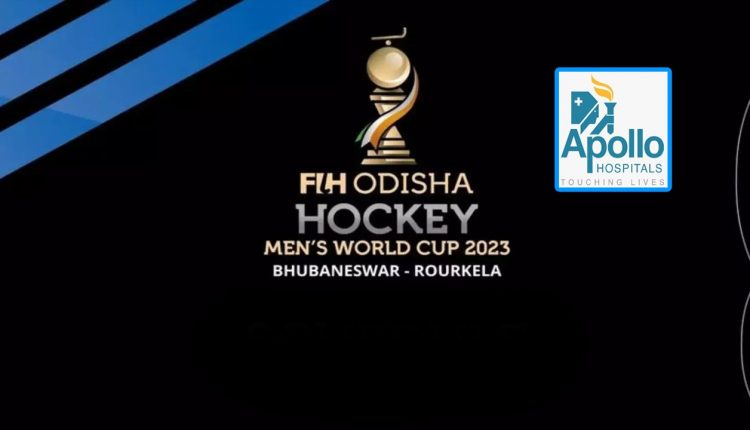 Bhubaneswar: The Odisha government has joined hands with Apollo Hospital to meet health requirements of players during the FIH Men’s Hockey World Cup to be held in Bhubaneswar and Rourkela in January, 2023.

The decision was taken especially to meet health emergencies of international hockey players during the event.

According to reports, the directors of Capital Hospital, Bhubaneswar, and Rourkela Government Hospital (RGH) will coordinate with Apollo Hospital for smooth supervision of health issues during the mega football event.

The authorities of both hospitals have been directed by Health Secretary Shalini Pandit to keep the casualty, OPD, diagnostic places, beds, and drugs ready and initiate steps for proper engagement of manpower as the first point of contact for medical institutions for the spectators.

Director of Medical Education and Training RR Mohanty is the nodal officer in respect of healthcare for players, said sources.

In addition, the Health and Family Welfare department has decided to prepare an SOP after a discussion with the Sports and Youth Services department to focus on food safety measures that will be followed carefully for both the players and spectators.

The government has also decided to follow Covid protocols during the World Cup. Hence, the Director of Public Health Niranjan Mishra has been appointed as the nodal officer for supervising the protocol.

The Sports and Youth Services Department will intimate the required number of RTPCR and antigen tests needed to be conducted at the venues, added reports.

“Food Safety Commissioner will provide SOP for food safety with the measures to be followed after the Sports and Youth Services department shares the information on maintenance of hygiene and preparation of food at the venues,” Pandit told TNIE.

“The CHCs and PHCs adjacent to the venues will be strengthened for providing treatment to spectators in case of emergencies. A WhatsApp group will be formed for better monitoring of activities during the event,” she added.