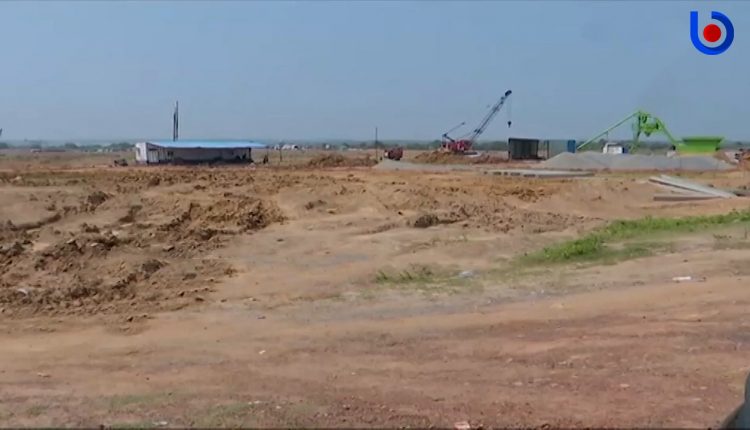 Bhubaneswar: Hitting out at Odisha government for deciding to return only 206 acre land acquired for an industry in Ganjam to farmers, opposition leaders and locals said the remaining 6000 acres lying unutilised for over two decades should also be returned to owners.

Residents of the area are up in arms after the state cabinet on Friday decided to return around 206 acres of land located at Kalipalli to farmers, while political leaders demanded return of the entire land acquired for industry in the area but lying unused for so many years.

Senior CPI leader and former MLA Narayan Reddy, who had led a protest against the proposed project in the area, said the decision to return 206 acres of land is of no meaning as the government had acquired more than 6,000 acre land in the area way back in 1995-96.

He further claimed that the government had informed the state Assembly in July that 771 acres of the acquired land would be returned to the land owners. “I cannot understand why they have announced return of only 206 acres,” he said.

The government should return the remaining unused land to the people who have been suffering for more than two decades. Neither the steel plant nor the proposed employment of over 2,000 people happened, the CPI leader said.

Angry over the government’s move, local resident P Chennaya Reddy said as per rules, if the acquired land remains unused for more than ten years, it should be returned to the land losers.

While the proposed project failed to take off, a fertiliser unit is coming up in the area which will cause pollution, he said, seeking return of entire acquired land.

Voicing similar views, another local P Mohan Patra said people had readily handed over green areas for establishment of industry, but the government failed to set up the proposed plant. People of the area will launch a vigorous agitation if the land remains unutilised, he said.

Sources said the state government acquired over 6,900 acres of land in Kalipalli and several other villages for the proposed plant in 1995-96. The project, however, never took off.

Strict Police Patrolling In Odisha’s Cuttack On Diwali, Bursting Of Firecrackers For 2 Hours Only