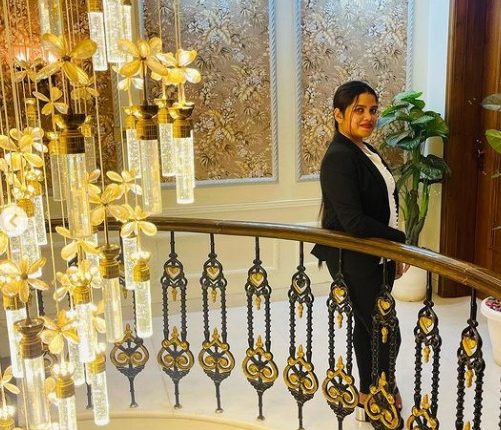 Bhubaneswar: Ranjeet Behera, the architect of Archana Nag’s house, appeared before Enforcement Directorate (ED) on Tuesday for questioning in connection with the sex and extortion racket.

According to sources, Behera reportedly designed the second house for Archana and her husband Jagabandhu Chand under the firm, Shilpakar Architectural Consultants.

This came a day after ED got the permission to take Archana on 7-day remand and she is expected to arrive at its office around 10.30 am. The agency is probing the proceeds of the crime and has registered a case against Archana, Jagabandhu and their associates under Prevention of Money Laundering Act.

The agency earlier grilled contractor Pabitra Patra, who had constructed the house, for around 13 hours.

The 26-year-old, currently lodged in Jharpada Special Jail following her arrest on October 6 on charges of honey-trapping several influential people and extorting money from them, reportedly amassed Rs 30 crore assets, including a 3-storey palatial bungalow at Satya Vihar, in just over four years.

The interiors of Archana’s house have also been designed from the demo layouts available on the website of this Vietnamese company, sources added.