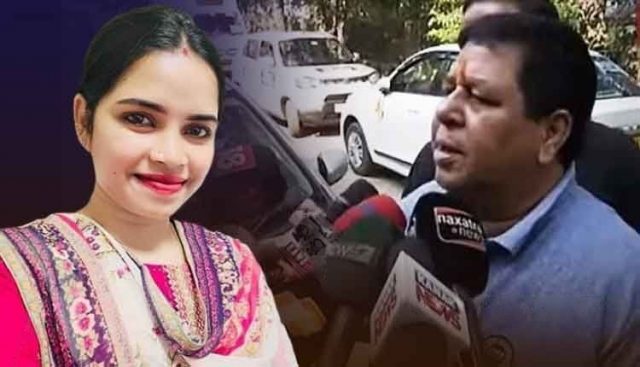 Bhubaneswar: Film producer Pramod Swain appeared for the third time before the Enforcement Directorate (ED) in Odisha capital on Tuesday for questioning in connection with Archana Nag’s honeytrap racket case.

Swain, already interrogated by the ED twice earlier, appeared again before the central probe agency in Bhubaneswar for further questioning in money laundering case against Archana, who is accused of running a sex and extortion racket.

Archana is now lodged at the high-security Jharpada Jail in Bhubaneswar after being arrested by the police on October 6 following a complaint by filmmaker Akshay Parija alleging blackmailing. Parija had alleged that Archana had demanded Rs 3 crore from him threatening to make public his objectionable videos and photographs.

Swain, who was earlier questioned by the ED on November 29 and December 2, last year,  has alleged that he was blackmailed by Archana, while the lady blackmailer had brought casting couch allegations against the film producer.

Sources said  Archana resided at the filmmaker’s Jagamara house as a tenant. Co-accused Shardhanjali Behera was staying in the same building.

Archana had earlier filed a complaint at Mahila police station, alleging that the filmmaker was sexually harassing her on the pretext of casting her in his movies. He had also promised to pay Rs 5,000 a month. He also forced her to have sex with him when she was seven months pregnant, sources said.

She further alleged that Swain was blackmailing her after capturing her obscene pictures by sedating her.

There was a dispute between them over payment of rent, sources added.

Notably, it was here that Archana struck a friendship with Shardhanjali and took her nude pictures after spiking her food during a feast on the terrace of the house. In her complaint at Khandagiri police station, on basis of which Archana was arrested on October 6, Shardhanjali further alleged that she was forced into the racket by Archana and filmmaker Akshay Parija was one of her victims.

The ED is investigating the financial transactions of Archana and her husband Jagabandhu Chand after it was ascertained that the couple has amassed property worth Rs 30 crore in a span of only four years from 2018. The couple was accused of blackmailing rich and influential persons and earning crores by trapping them in the sex racket.