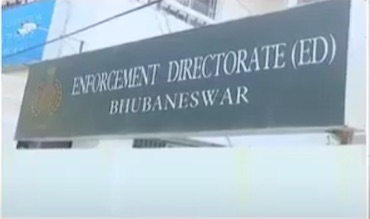 Bhubaneswar: For the second time in 3 days, hotelier Siba Prasad Das appeared before the Enforcement Directorate (ED) in Odisha capital on Saturday in connection with the money laundering case against honeytrap racket Archana Nag.

Amid reports about financial transactions between Archana and Das, the hotelier told the media she did visit his hotel but denied any monetary transaction with her.

Notably, a video of Archana striking a deal with one of her victims had come to the fore and it is suspected that it took place at Das’ hotel, which has now been leased out.

Filmmakers Akshay Parija and Pramod Swain and BJD MLA Sudhir Kumar Samal’s brother Gangadhar Samal are among seven questioned by the ED, which has traced Rs 2.5 crore deposited in the accounts of Archana and her husband Jagabandhu Chand between 2017 and 2022, so far.

The couple allegedly amassed over Rs 30 crore between 2018 and 2022 by blackmailing and threatening some politicians, businessmen and filmmakers.

The agency has registered a case against Archana, Jagabandhu and their two associates, Khageswar Patra and Sradhanjali Behera, under Prevention of Money Laundering Act (PMLA).